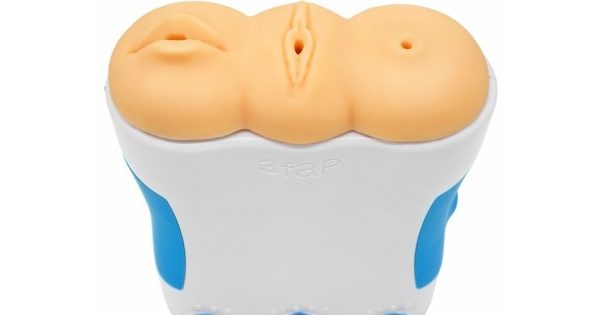 Crowdfunded on Indiegogo to the tune of $50,000 in October, 2015, and available for sale since June 2017, 3fap, the creation of Autoblow 2 inventor Brian Sloan, is touching at least the minds of millions of men as the story goes viral online around the world.

The first post about the unusual looking device appeared on Mashable and was accompanied by a Mashable-produced video. Since then, a piece appeared on Cosmopolitan with more than 3000 shares on the web and hundreds more on its Facebook page. Men’s Health, Metro, and Design Taxi also posted widely shared articles about 3fap which then informed many articles on non-English language news websites around the world.

Ekstrabladet in Denmark, Stara in Finland, Excite in Japan , Nuus in Hungary, UOL in Brazil, Clint in Belgium, GQ in France, Apple Daily in Taiwan, Brato in Bulgaria, and Men’s Club in Hong Kong all posted articles about 3fap. Multiplayer.it made it the subject of an Italian language video.

On the topic of 3fap going viral, Brian Sloan said: “3fap to me is more than a product that allows men the luxury of 3 orifices, 3 textures, and 3 levels of independently controlled suction. The triple dip is great, but there is a deeper lesson to be learned from 3fap. 3fap is a shining example of what happens when there are no middle managers to say NO to an idea. It is entrepreneurship in its purest form. Even though many websites may mock its appearance or even question the need to masturbate into 3 orifices at the same time, I hope that at least a few of the hundreds of thousands of people who read about 3fap around the world are inspired by it to create products of their own, that, like 3fap, may not conform to widely held ideas about how products should function or what they should look like.”