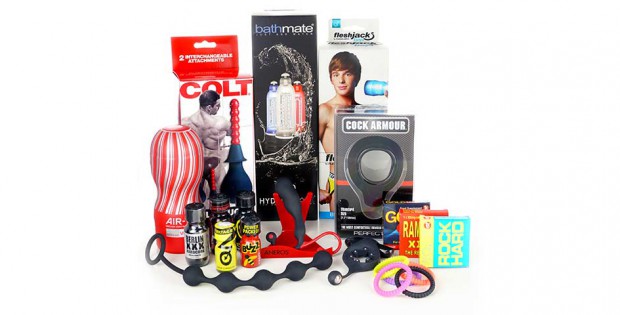 ABS Holdings announced that they are the new owner of Millivres Prowler Wholesale. The company stated that it is proud to add this brand to their portfolio. ABS customers will now have easy access to great new pill and popper brands, adding even more variety and choice to your shopping experience.

“Prowler customers will benefit from the ABS team’s passion, industry knowledge and of course, the unrivalled customer service that we’re known for,” the company stated in a press release. Customers will have access to the latest Prowler products via a dedicated Prowler page at www.absholdings.com/prowler. “You will also have access to the entire ABS catalogue and we’re confident that our large range has plenty of exciting products that will peak your interest. We want Prowler customers to know that we will absolutely be honouring your terms and prices. You will still deal with Shaun Murphy for all of your aromas and pill sales, even if you have an existing ABS account and manager. This ownership change will also see the continuation of Millivres Prowler Wholesale staff who have served the community for over 25 years.”

With new ownership comes positive change and the company would like to thank Prowler clients for their continued support and loyalty. ABS hopes that its customers will embrace the new brand as part of their portfolio.

The ABS Group also announced that they have purchased the Prowler Brighton Store & the Prowler.co.uk from the administrators Price Bailey LLP. Alongside this ABS has also purchased Heart of Soho LTD which operates the Prowler Brewer Street store.

Prowler has been an important part of the gay community since 1974, and has established itself as the largest gay run, gay community business in Europe. ABS Commercial Director Symon Reeves says: “We look forward to working with Mark Phillips and the Prowler team to firmly cement their position as the number 1 Gay Male Retail brand in the UK.”