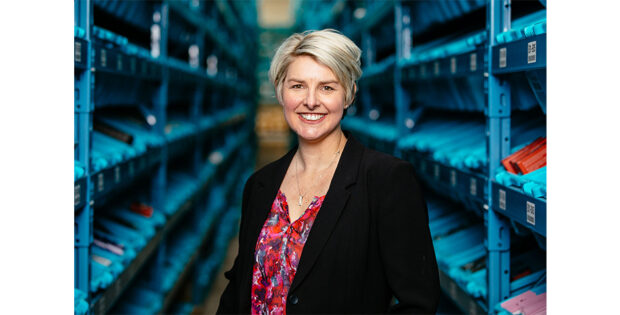 Nicola Relph, owner and operator of New Zealand’s largest online adult retailer Adulttoymegastore, has been announced as a finalist for the New Zealand Women of Influence Awards in the Business Enterprise category, proving that mixing business with pleasure can be a great thing.

The prestigious awards, now in its ninth year, recognise women making a difference in the work they do, paving the way for other women to thrive. More than 60 high-achieving New Zealanders have been named as Women of Influence Awards finalists, and are judged on the strength, scope and impact of their actions across 10 categories including Arts & Culture, Environment, Innovation, Science & Health, and Public Policy.

Revealed as a finalist alongside nine other business leaders in New Zealand, Nicola was nominated for her influence and leadership in growing a successful business that is working to destigmatise sex toys, normalise sexual pleasure and enhance the sexual wellbeing of New Zealanders to create a more sex-positive culture.

Commenting on the successful nomination, Nicola said: “It’s both an honour and a privilege to be nominated and announced as a finalist in New Zealand’s Women of Influence Awards along with 60 inspirational women doing incredible things in their fields. It fills me with excitement because not only does this nomination help to further normalise and destigmatise the adult industry, but it also shows that New Zealand is becoming a more sex positive place.”

“What I’m most proud of is that this nomination wouldn’t have happened if we were just selling products. We’re a sex-positive business that advocates for the sexual wellness, empowerment and happiness of our customers and the feedback, growth and accolades we’ve received tells us that what we’re doing is actually making a difference. Kiwis are openly talking about, and recognising the importance of sexual wellness, and we’re proud to have helped facilitate that change of perception and acceptance through our efforts over the past 12 years.”

Women of Influence judge and Stuff news CEO, Sinead Boucher, praised the dedication and drive that the finalists show in their chosen fields: “They are champions of a better world – their work has real impact, be it making an immediate difference or striving to exert social or policy change that creates long-term benefits,” she said. “These awards attract inspiring women who are role models for all ages, they showcase our leaders of today and tomorrow.”