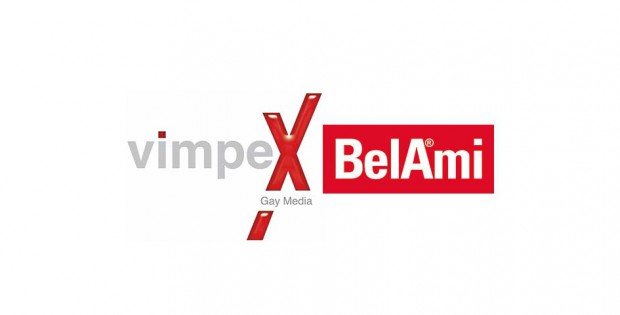 BelAmi announced that effective immediately the gay DVD distribution house, VIMPEX MEDIA, will be the exclusive distributor of BelAmi’s entire DVD catalog throughout Europe. For many years BelAmi’s main DVD line PREMIER COLLECTION has been distributed via Bruno Gmuender.

With VIMPEX now handling BelAmi’s main dvd line PREMIER COLLECTION all of BelAm’si DVD lines are now available under one roof. This will provide a more coordinated delivery as well as guaranteed product availability at the best prices, always.

BelAmi’s publicist says of the new partnership, “As we begin this new journey with the great and very capable group at Vimpex Media we want to acknowledge the 2 decades of work with our previous distributor Bruno Gmuender. They were a key distribution partner who contributed to our success in the continental EU as well as worldwide via countless photo books, calendars, and magazine covers.” He goes on to say, “We feel the future of our DVD lines in Europe are in the best possible hands with Vimpex Media who have been around since 1988 and have proven themselves time and time again. We are excited that they are now releasing our PREMIER COLLECTION as our upcoming slate of DVDs feature some of the best content we’ve ever produced.”