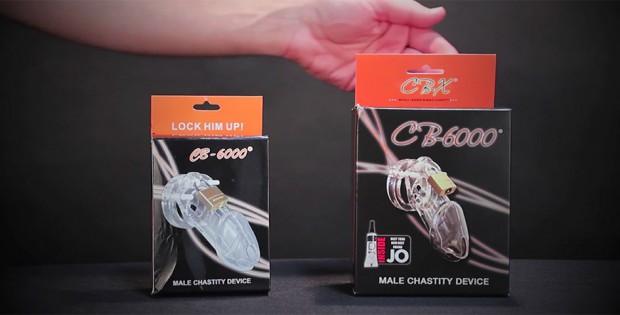 CB-X Male Chastity’s new Brand Protection Department recently won a case against a company in the UK who had used its trademarks. The unnamed company has now transferred these trademarks back to CB-X. The manufacturer intends to continue its efforts against anyone who unlawfully reproduces male chastity devices under the guise of the CB-X brand.

“We have been involved in fighting bootleggers for over ten years and have received multiple judgments against counterfeiters in the last decade,” explains Nikki Yates, Corporate Director of A.L. Enterprises, the manufacturers of CB-X Male Chastity. “Counterfeit products not only tarnish the CB-X brand, they endanger the safety of our valued customers. Now it’s time to not only bring awareness to customers about how to spot a counterfeit CB-X device, but put a stop to this nonsense altogether.”

Of the case in the UK, which CB-X recently won, the manufacturer’s attorney released this statement: “CB-X Male Chastity, as part of its ongoing worldwide campaign to eliminate the marketing of counterfeit and infringing products, successfully enforced its IP rights in the UK by forcing a UK-based competitor to relinquish rights to confusingly similar UK trademarks and to stop selling counterfeit CB-X products.”

Additionally, the manufacturer has a video on its official YouTube channel to help consumers spot the difference between a counterfeit or bootleg product and an authentic CB-X Male Chastity device.