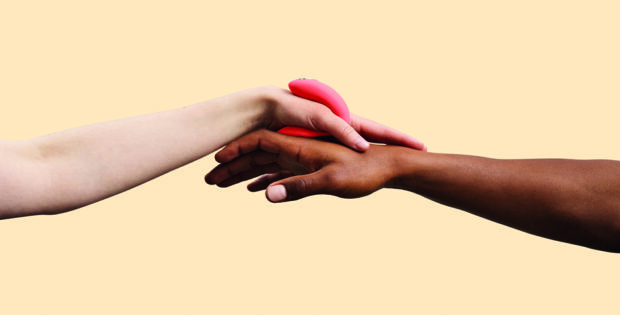 For the study, We-Vibe offered coaching sessions with well-known therapists to 25 couples, including UK participants. To evaluate the outcome, each participant filled out a questionnaire before and after the experience. The results showed that the majority (85 %) felt that the coaching had a positive effect on their relationship.

Yet, 9 out of 10 participants already felt that they had good communication with their partner and regularly talk about these issues. The coaching revealed that there were still topics that needed to be tackled in order to improve their relationship. The participants learnt new ways of communicating and as a result, more than 70 % talked about issues that had never been addressed before.

Only one participating couple claimed that they could have improved or resolved those issues without the help of a sex therapist. The results showed that couples coaching can be beneficial even when people feel good in their relationship.

“When couples come to me, they are usually in distress already. Because we don’t learn how to communicate in a healthy way or what a healthy relationship or sex life look like, therapy or coaching or even attending a workshop ends up being a way to try and save the relationship. Ideally, we would learn these things ahead of time and use therapy for what its intended to be — a container of healing and transformation.” comments Rachel Wright, psychotherapist who was part of the study.

A recent international study conducted by We-Vibe showed that only 45 percent of respondents felt comfortable communicating their sexual preferences to their partner. In the UK, women were only slightly more communicative with 35 percent feeling comfortable to express their sexual preferences, compared with 34 percent of men who felt the same way.

Rachel Wright explains: ““I was amazed to see the variety in the couples I worked with while all feeling some shame or discomfort around sex. We have to get rid or at least begin to lessen the relationship we’ve created between shame & sex.”

After trying Chorus, most couples that participated in the project agreed that using it makes sex better (30% strongly agree, 47% somewhat agree) and more than half said that the toy changed their sex life at least a bit. Three-fourth of the participants even reported that Chorus brought them closer together as a couple and 83% were able to reach orgasm while using it.

“Chorus can be used in a variety of positions and adapts easily to different bodies thanks to its flexibility and adjustable design”, explains Johanna Rief, Head of Sexual Empowerment at We-Vibe. “Most couples who participated in our study used it in the missionary position. While it is often wrongly considered boring and traditional, our recent survey has shown that it is still the most commonly used position all around the world. People have responded that they like missionary because it is comfortable and makes it easier to reach orgasm. Adding extra stimulation with Chorus takes missionary to a whole new level.”

We-Vibe Chorus is now available in two new exclusive colors: Crave Coral and Cosmic Blue. It comes with a ‘Squeeze Remote’ which reacts to the pressure of the hand and is also equipped with special sensors that allow the toy to be controlled automatically and naturally by body movements. Like most of the We-Vibe toys, Chorus can be controlled remotely thanks to the We- Connect app, even when both partners are on a different continent.

Tags:Sex Education
Back to Front Page