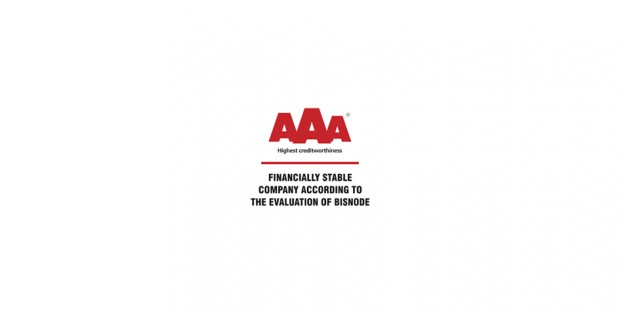 Debra Net LTD. has received Bisnode’s AAA certificate, which belongs to only 0.63 % of the companies in Hungary, and it indicates that the financial risk of establishing business relations with Debra Net is extraordinarily low.

The Bisnode rating is based on data originating from multiple official sources, such as information from the Ministry of Justice and Law Enforcement, entries of the Courts of Registry, as well as the data of the National Tax and Customs Administration and other authorities. In addition to the data from the official sources, the financial information regarding the firm, such as balance data, profit and loss accounts, and trends are incorporated, as well. For the rating, the demographic data of the company or organization are taken into consideration, i.e. the company’s age, activities, size and owners, alongside their interrelations. It is incorporated from the Bisnode Payment Experience Program into the rating whether the given enterprise settles its invoices at their due dates or with delays, i.e. what their payment discipline is. Furthermore, numerous other pieces of information gathered contribute to the system of Bisnode’s rating, such as legal enforcement details and press reports.

“As the Bisnode certificate does not only show the currently steady financial standing of our company, but partly owing to the design of the Bisnode certificate it also indicates the probability of our business becoming insolvent in the forthcoming year, we can proudly state that Debra Net LTD. shall continue to be a steady actor of the market in the future, too,” says Zoltan Body, Owner and CEO of Debra Net.

Tags:Business, Europe
Back to Front Page