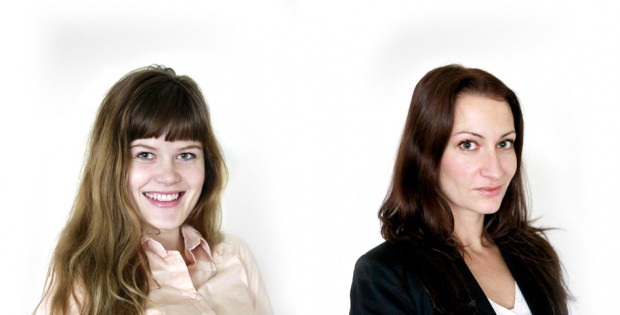 Leila (30, on the right in the picture) will be responsible for the Southern European countries, including Spain, Portugal, Italy and Greece. She worked as a Business Development Manager in Spain, where she lived for the past seven years . When she is not working, Leila enjoys playing rugby, bass guitar, reading and travelling. Leila speaks three languages fluently: Spanish, Dutch and English. “I am thrilled to start working at Eropartner Distribution and be part of the future plans the distributor has. I look forward to reach out to the retail partners, getting to know them and help them in the best way possible to grow their business”, Leila says.

Oksana Pelc (26, on the left in the picture) is fluent in four languages (English, Dutch, Russian and Polish) and holds an MBA degree. For the past three years she has lived in The Netherlands. Previously Oksana worked as an account manager in various industries. “I feel lucky to be working at Eropartner Distribution. It is the best job I have ever had !”, she adds. “The Eropartner team is incredible to work with and be a part of, and I enjoy the daily contact with our retail partners”. In her spare time, Oksana like to go hiking, track running and studying.
Oksana can be reached on Oksana@eropartner.com and Leila on Leila@eropartner.com. For further information on Eropartner Distribution, please visit the official website: www.eropartner.com.