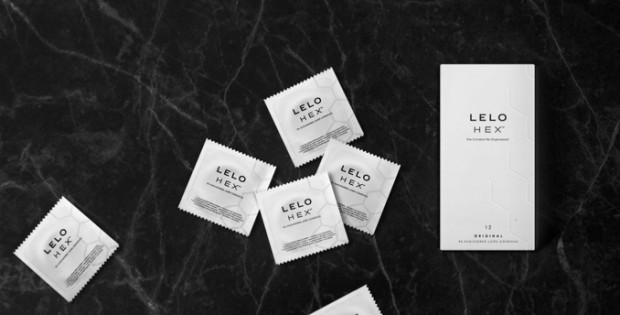 LELO announced the launch of its global bestselling condoms, HEX Original, in the Netherlands. LELO has partnered with Etos, one of the biggest Dutch retailers, to ensure that the revolutionary condoms will now appear in 550 stores countrywide.
It has taken HEX only a year to arrive in the Netherlands after its spectacular US launch in the Summer of 2016. The condom quickly smashed crowdfunding records and was met with immediate popularity, both for its unique design and the bold way it was marketed. HEX had revolutionized the condom industry before it had even hit the shelves, and now, with its partnership with Etos, it is one-step closer to total domination.
The Netherlands joins 113 countries to stock HEX, and with a reputation for being amongst the first to embrace innovation, the re-engineered condom is certain to flourish there.
LELO CMO Steve Thomson said: “It’s great to see how the customers and retailers alike are clamoring to get their hands on HEX. For most of the world this feel like a sudden and overnight transformation of the condom industry, but we at LELO had been working on this for seven years before it even hit the shelves. We’re not surprised at its success, but that doesn’t make us any less proud of it. Once people try HEX, and feel the difference for themselves, they’re not going back to ordinary condoms again!”

Tags:Condoms, Distribution
Back to Front Page