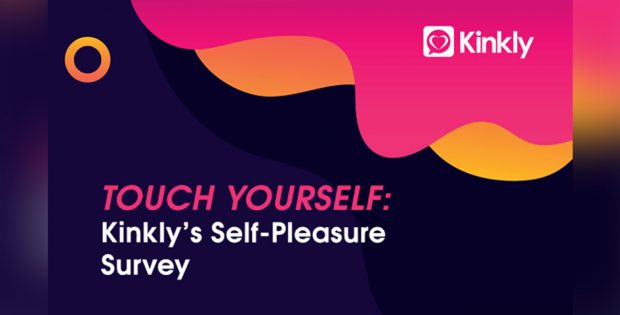 Inspired by the results of Faking It, Kinkly’s 2019 survey on faking orgasms, the popular sex-ed resource sought to further investigate the myths and truths behind solo sexual exploration.

Most surprisingly, survey respondents reported using lubricant just 37% of the time while self-pleasuring.

“I really believe that one day almost everyone will have a sex toy (or five) in their bedroom or bathroom,” continued Struyk, “but until then, how do we get that information across to more people? I do think that’s happening, it’s just going to take time and continued effort.”

“I’d like to believe this shift is being reflected in our data in terms of how younger people feel about self pleasure and everything that goes along with it,” said Struyk. “I love that people are using what’s out there to help them explore their bodies.”

Touch Yourself: Kinkly’s Self-Pleasure Survey was opened to participants on March 18th, 2021 and concluded at the end of April 2021.

Respondents heavily self-identified as cis-gender women and men. Singles accounted for 22.49% of respondents, while 24.17% said they were currently in a monogamous relationship. The largest group, made up of married or long-term domestic partners, accounted for 38.40% of those surveyed.

Additionally, the majority of participants – 66.54% – identified as straight, while bisexuals composed the second largest group surveyed at 22.02%.

Tags:Survey
Back to Front Page