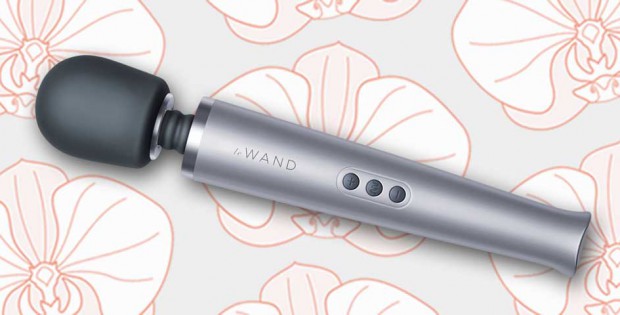 Last week, the 56 million social media followers that keep up with reality star Kourtney Kardashian were offered a peek into her bag of newly gifted sex toys that included the Le Wand Rechargeable Vibrating Massager. Originally shared on Snapchat, Kourtney’s video, which showcased Le Wand alongside other toys, soon made the rounds online in social media as well as celebrity news sites.

According to TheSun.co.uk, the “Saucy Surprise” was a birthday gift from Kardashian’s makeup artist, Joyce Bonelli. “The Keeping Up With The Kardashians star was given the saucy surprise after going public with new man Younes Bendjima,” The Sun reports.

Just last month Le Wand was honored with the Best Product Packaging title at the annual Adultex Awards. Now in its 13th year, Adultex 2017 was held at the RACV Royal Pines Resort, Queensland from April 26-28, and gathered close to 40 exhibitors and more than 200 guests.

Le Wand Founder, Alicia Sinclair also participated in Adultex’s first-ever Industry Forum that focused on sexual wellness and was facilitated by Dr. Sally Cockburn, known in the media also as “Dr. Feelgood,” a leading health communicator in Australia. The 90-minute forum discussed the links between sexual health well-being and the adult industry.