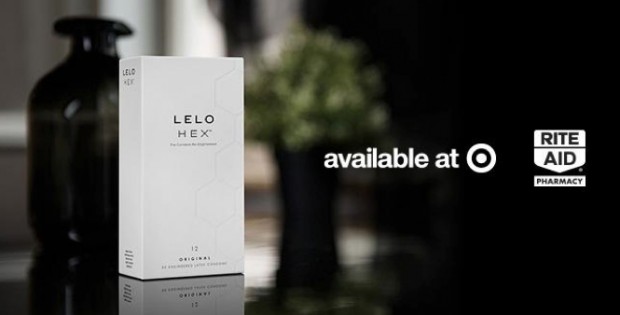 LELO announced it completed its nationwide expansion into some of the biggest US retailers. HEX is now extended to thousands of Rite-Aid stores, all Target stores, as well as Walgreens and CVS online.

The huge appeal of LELO HEX condoms comes in part of the high-level, integrated PR and marketing campaign at launch.  The expansion’s completion comes as awards for both the design of HEX (A’Design Golden Award for product design) and the launch campaign (PRWeek Global Awards Winner for the category of Health) continue to roll in.

LELO CMO Steve Thomson said: “It’s great to see how the customers and retailers alike are clamoring to get their hands on HEX. For most of the world this feel like a sudden and overnight transformation of the condom industry, but we at LELO had been working on this for seven years before it even hit the shelves. We’re not surprised at its success, but that doesn’t make us any less proud of it. Once people try HEX, and feel the difference for themselves, they’re not going back to ordinary condoms again!”