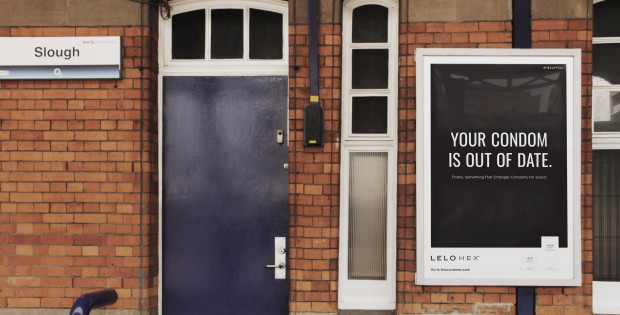 LELO continues to shake up the condom industry with its landmark innovation LELO HEX by laying down a million dollar offer to the world’s three biggest condom brands, Trojan, Durex and Ansell, to access its new technology and start innovating again. This comes as part of its global launch campaign for its re-engineered condom, LELO HEX, which seeks to change people’s minds about condoms by changing the condom itself.

Launched on June 14th with the controversial choice of Charlie Sheen as its spokesperson, LELO HEX is described as the first major condom innovation in 70 Years, and the Swedish designers have already sold more than 500,000 condoms in the first two weeks via LELO.com and its Indiegogo campaign. Now the Swedish company has offered the world’s three leading condom brands the chance to take a closer look at the technology behind LELO HEX™ to bring innovation to their production lines.
LELO claims its key discovery on launching LELO HEX was to recognize that it was not the latex material of condoms that needed to change, but the structure of itself. But launching their new condom required more than 3 years of testing and refinement, from developing a new technique for integrating the HEX pattern via the condom molds, to defining the precise depth and thickness of the hexagonal web for the best experience possible.

LELO’s CMO Steve Thomson said, “The world’s three biggest condom brands, Durex, Trojan and Ansell, have all existed for close to 100 years. That’s great for a brand like Louis Vuitton that specializes in designer bags, but not so good for a company focused on medical devices. These companies have a responsibility to innovate, to keep meeting the demands of consumers, especially when interest in condoms is flat-lining so clearly. Our goal is not to criticize these companies who provide a vital product, but to light a fire under the condom industry and get everyone innovating again.”

Since last week, LELO has even taken its campaign to the streets of Slough, home to the headquarters of Reckitt Benkiser who own Durex and roughly 40% of the $3.9 billion global market for condoms, to challenge the company to invest more in innovation. From the middle of last week, LELO HEX took over the town with posters, billboards and ad vans communicating that ‘the condom is out of date’ and that the time for change is now.

Thomson continues, “People are often scared to criticize the condom, because it’s so essential in the fight against STIs. But if no-one demands change, nothing changes. It’s clear consumer interest and usage could be much, much higher. We feel the major condom brands have a responsibility to innovate too.”

“The major condom brands can be as much as 1000 times the size of LELO, but LELO has succeeded in changing the design of the condom and got people excited again. So we’re offering them the chance to explore our innovation first hand and take the next steps. This industry needs to compete on the basis of innovation, not the number of packs on shelves. It’s only then that the consumer wins, and STIs lose out.”