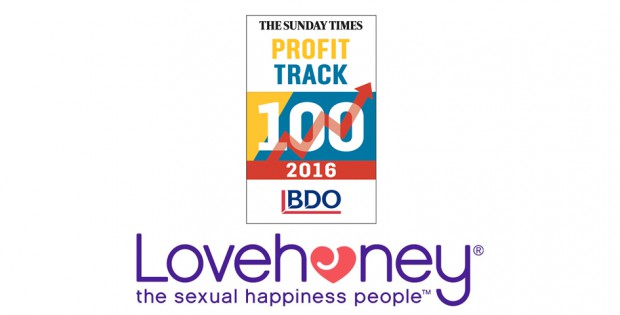 Lovehoney is ranked at number 94 nationally and number 9 for the South West region after a 56 per cent rise in profits to £3 million. The Bath-based business has launched US, Australian, French, German, Canadian and EU websites over the last two years and has benefited from the popularity of Fifty Shades of Grey, of which it holds the worldwide license for pleasure products.

Lovehoney co-founder Neal Slateford said: “This announcement is very exciting for us and we’re thrilled to have ranked in such a prestigious league table. Seeing Lovehoney grow so quickly has been incredible and a very exciting journey for everyone involved. The last couple of years have been fundamental in solidifying Lovehoney as a household name both in the adult industry and the mainstream alike.”

The league table and awards programme is sponsored by BDO and UBS Wealth Management, and is compiled by Fast Track, the Oxford-based research and networking events firm. The full league table was published as a six-page broadsheet supplement with the business section of The Sunday Times on 10 April, both in print and in the digital edition, and on www.fasttrack.co.uk.