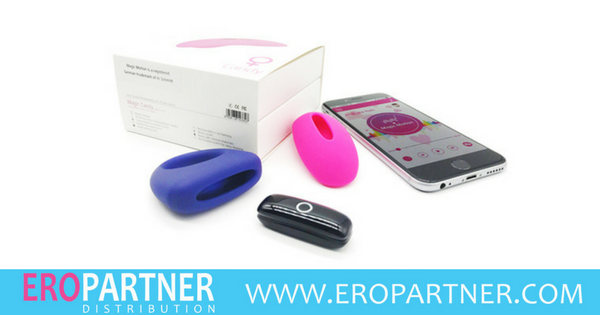 Candy Smart Wearable Vibe: Candy is a pink silky silicone wrapped sleek firm powerful vibrating bullet that also fits into pants. When pushing the button to let Candy come alive, users are able to control it with the free Magic motion app, which allows them to vibe with their favorite music.

Vibrating bullet with magic cell: The Magic Cell contains a tiny motion sensor. The bullet registrates positions during lovemaking, as well as the intensity, duration and general performance.
Dante works manually and with the free Magic Motion app that can be downloaded in the App store and on Google play. Magic Motion’s Candy & Dante kit is now available at Eropartner Distribution.