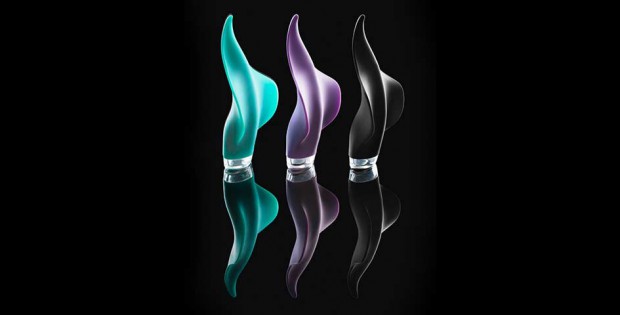 Clandestine Devices’ colorful Mimic adult massager was among three sex toys recently profiled in a Men’s Health video article about women’s sex toys. In the new video, “We Asked Men What They Know about Women’s Sex Toys”, Men’s Health Digital News Editor Jordyn Taylor reports from the street: “We are here in New York City finding out how much men really know about sex toys designed for women.”

When Taylor introduces the curved black MIMIC to curious male passersby and asks “where do you think it would go on a woman’s body?”, the men mostly demonstrate unease rather than excitement. When one man suggests that “it looks like you’d keep it, you know, wedged,” and another backs up and says “I’m scared of this”, Taylor looks around and jokes “I love the look of horror when I say ‘sex toys’!”

“We are excited that Men’s Health selected MIMIC for this tech segment,” said Clandestine Devices’ Director of Operations Kimberly Faubel, who worked with adult industry icon Jules Jordan to help create the popular intimate massager. “Sex toy design and technology has come so far, so fast… men might want to take a closer look at the incredible innovation in toys for women this holiday season!”

Other products presented in the clip are the Lovelife Smile by OhMiBod and the womanizer 2GO. The full Men’s Health clip can be viewed on Facebook and Twitter.