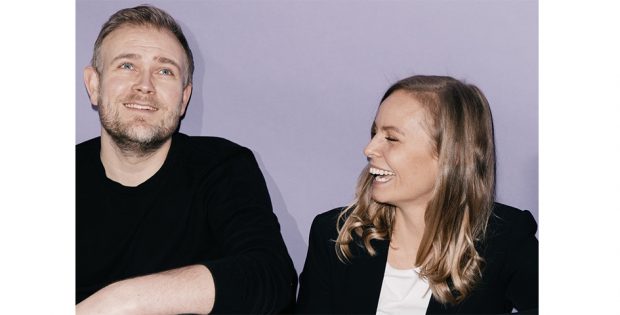 The largest e-commerce sex toy company in Northern Europe has just received one of the industry’s most coveted awards.

It is impossible to wipe the smiles off the faces of Mathilde Mackowski and Tonny Corydon Andersen, founders of Sinful, Northern Europe’s largest e-commerce company for sex toys. They have just received the award for “Online Retailer of the Year” at this year’s international awards event, XBIZ Europe Awards 2021.

“It is a huge pat on the back to receive the award for online retailer of the year in Europe. We’ve been nominated a few years in a row, and we honestly did not expect to win. But we did, and we are proud of that, ”says Tonny Corydon Andersen, CEO of Sinful.

Although it is far from the first time that Sinful wins a big award, it means a little extra when people from the industry have had a hand in the game.

“This is the first time we received an international award where the industry has voted us all the way to the top. Over the last few years, we’ve built up an insanely strong team, and it’s cool to think that it’s the small improvements the whole team works on every day that results in another great award,” says a proud Mathilde Mackowski, co-owner of Sinful.

In 2020, the webshop had a turnover of more than £34.5 million and sent almost 800,000 packages to customers throughout Scandinavia. Earlier this year, the two founders chose to enter into a partnership with the Danish private equity fund Polaris, who bought 57.5 percent of the company.

As the first step to expanding into the rest of Europe, Sinful opened new webshops in the United Kingdom and France in 2021. Both markets are significantly larger than the Scandinavian markets where the company has focused its retail business until now.

Tags:Awards, Retail
Back to Front Page