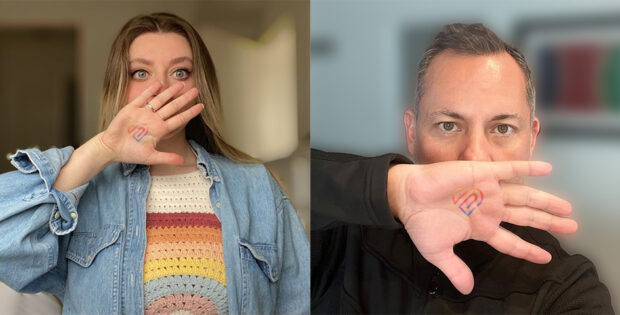 On April 8th, Nu Sensuelle will be joining hundreds of thousands of LGBTQ+ individuals and allies in GLSEN’s worldwide ‘Day of Silence’ movement.

Founded by a group of teachers in 1990, GLSEN is an American education organization that actively works ​​to end discrimination, harassment, and bullying based on sexual orientation, gender identity and gender expression. GLSEN focuses their efforts on promoting LGBTQ+ cultural inclusion and awareness in K-12 schools by establishing student-led movements, such as Day of Silence.

Day of Silence is a demonstration in which LGBTQ+ students and allies around the world take a vow of silence to protest the harmful effects of harassment and discrimination of LGBTQ+ individuals in schools. Every April, students not only remain silent for the entirety of the day, but set up booths in main areas of their school buildings to sell merchandise in support of GLSEN’s cause. The Day of Silence concludes with ‘Breaking the Silence” rallies and events in which participants share their experiences during the protest and bring attention to ways in which their schools and communities can become more inclusive.

While intended to help students learn and grow in a school environment free from bullying and harassment, Nu Sensuelle has chosen to participate in the Day of Silence to show solidarity with the LGBTQ+ community. “While remaining silent for the duration of the work day, we will continue to be active on social media–posting images of our team covering our mouths and using the hashtags #DayofSilence2022 and #AdultAllies–to help create an industry-wide movement. We invite other companies within the adult industry to join the demonstration in alliance with the LGBTQ+ community. Be sure to tag @nusensuelle on Instagram as you announce your participation on social media. Thank you to all those practicing this year’s Day of Silence!” the company says.

Tags:LGBTQ+
Back to Front Page