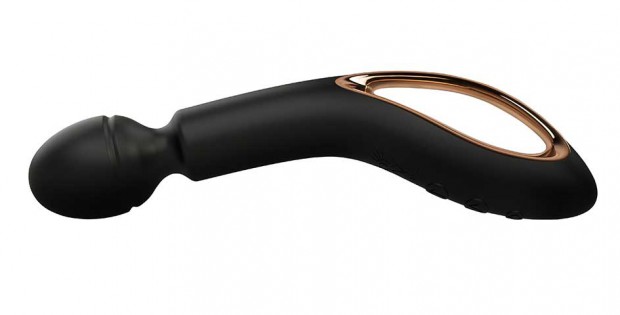 The O-WAND has won two Red Dot Awards in the ‘Sex Toy’ and ‘Massage Device’ categories. The patented O-WAND was launched in the UK in November 2016, is made with the high-grade silicone and boasts 12,000 RPM at its highest setting.

According to the manufacturer, the waterproof product is also one of the safest devices available, with full CE certification and additional safety features, including a ‘body safe’ exterior and an automatic ‘power off’ so users never run the risk of their favourite device overheating.

The Red Dot Award Product Design competition, founded in 1954, is one of the World’s largest design competitions and an internationally recognised quality seal. A 40-strong panel of design experts judge the best products of the year. Gordon Goodall, Director of Mr & Mrs Toy, manufacturers of the O-WAND, comments: “We are delighted and honoured that the O-WAND has been recognised by the Red Dot Award expert committee in two categories. The O-WAND is the first product that we’ve designed and manufactured, and we’re over the moon that it has been given the highest internationally sought-after seal of approval. We have many more products in the pipeline, so watch this space!”

Tags:Awards, Wands
Back to Front Page