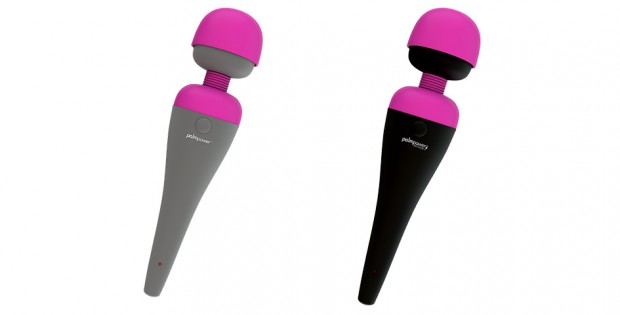 BMS Factory has announced that worldwide sales for the PalmPower Personal Massager have continued to climb in spite of competing wands flooding the market. The PalmPower Personal Massager was first introduced in 2011 in the European and Australian markets and was picked up by many retailers across the globe. Since 2011, PalmPower has been introduced to the rest of the world and is available in all major markets around the world.

To offer customers further variety, PalmPower and PalmPower Recharge can both be fitted with PalmPower Attachments (each sold separately). These attachments easily connect to the head and can transform the massager into many different variations from clitoral, g-spot, nipple massage and more depending on what sensation the user wants to achieve.

BMS offers high end displays, and the PalmPower’s is no exception. The clean and colourful look wants to attract customers to actually pick up and feel the PalmPower.

Tags:Toys, Wands
Back to Front Page