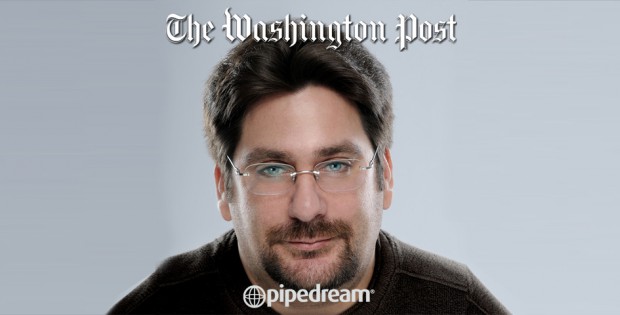 Some of the examples cited by the team are obviously outrageous, and many cannot even be published here. But some of them I didn’t get. Like Edible Crotchless Gummy Panties, for example. I mean, underwear is not possibly offensive. Neither is gummy candy — especially not the delectable peach flavor. So how is combining them into a trademarked item even remotely “startling,” to use the team’s word?

A passionate advocate for the Free Speech Coalition, Pipedream Chairman and CEO Nick Orlandino believes strongly in the freedom of the First Amendment and had much to say about the Redskins case.

“I’m still laughing about it. I think Daniel Snyder’s a lunatic. I think he’s the Trump of the NFL. Get your own house in order. What are you pulling us into this [mess] for? We sell a good product at a fair price. It’s got nothing to do with the Redskins… Out in public it might be offensive. To me, it’s [just] another widget.”

While he had him on the line, Steinberg couldn’t resist a Midget Man inquiry, learning a little-known fun fact about the brand — they’re not really intended for modestly endowed gentlemen. It’s just a gag gift and it was actually produced as an inside joke — the picture on the package is of Pipedream VP of Development Rob Phaneuf.

The Skins appeal has been petitioned by Native American activists, who have until January 14, 2016 to file their response.