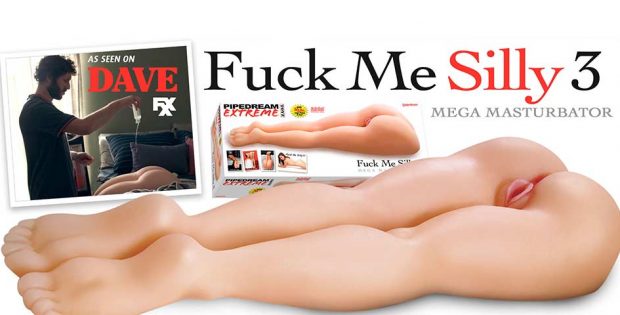 Pipedream Products’ Fuck Me Silly collection is no stranger to the spotlight, but the latest appearance on the new hit FXX comedy, “Dave” has fans going silly for more on-screen synthetic sex with what’s being hailed as the “most shocking sex scene ever.”

Co-created by rapper and comedian Lil Dicky, Episode 3 of “Dave” revolves around Dave’s obsession with his secret life-like “lover,” a.k.a. the Fuck Me Silly 3. Shown in all its lifelike glory – and even referenced several times by name – Fuck Me Silly 3 has received a boost in Internet searches and customer demand, and Pipedream representatives recommend online stores keep this item in stock in anticipation of at-home shoppers asking for it by name.

“The debut of this Pipedream Product moves American culture one step closer towards the normalization of sex toys for men,” said Pipedream Products CEO Matthew Matsudaira. “Our e-commerce partners should be ready to capitalize on the buzz. Especially during a time when most Americans are isolated at home watching TV, this could open up the love doll and large masturbator categories to a new demographic.”

“Dave” airs Wednesdays at 10 pm EDT and can also be streamed online via Hulu. The Fuck Me Silly 3 Mega Masturbator appears in Season 1, Episode 3, titled “Hypospadias.”