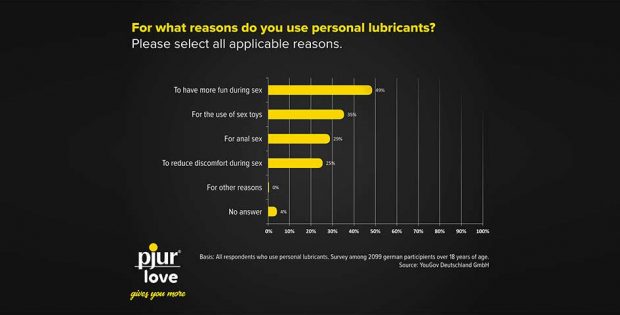 2099 people over the age of 18 took part in the survey, of which 374 are users of personal lubricant. The data in question stems from on an online poll carried out by YouGov Deutschland GmbH, which individuals took part in from November 6 to 8, 2017. The results have been weighted and are representative of the German population aged 18 years and older.