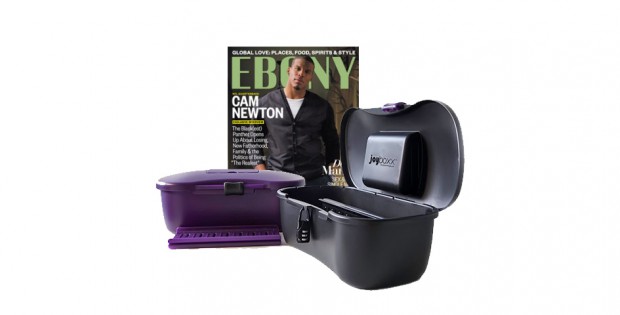 Passionate Playground, the company behind Joyboxx, announced that its hygienic sex toy storage system was selected by Model and Sexpert, Tyomi Morgan as a “Must-Have” product for mothers in the April/May issue of Ebony Magazine, a magazine for the African-American community in the USA. The full-page article on page 93 is titled Tempted to Touch and features several toys selected by Tyomi. She writes, “Sex toys and accessories require special care. Since how and where you store your bedroom accessories matter, the antimicrobial Joyboxx by Passionate Playground is a must-have.”

Deborah Semer, founder of Passionate Playground and Joyboxx inventor stated, “I am beyond excited that Tyomi not only selected Joyboxx to feature in one of America’s most respected magazines, but told me that she absolutely loves it personally and thanked me for making it!” Tyomi will also be posting a Sexpert Review of Joyboxx and Playtray on her popular YouTube Channel with 1.4 million views monthly, GLAMerotica 101.