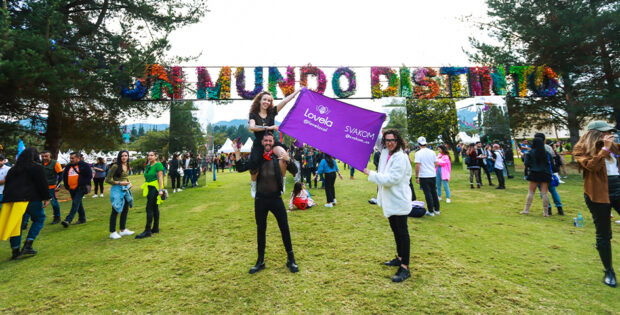 SVAKOM celebrates success at Estéreo Picnic 2022 festival, Colombia. Esteréo Picnic, one of the largest music festivals in Latin America, featured live music from more than 250 international artists as well as the Vassar Fair. Lovela, an online sex toy retailer from Colombia, and SVAKOM collaborated to create a fantasy dream scape within its booth at the Vassar Fair, using ephemeral tones and creating a glowing, cloud filled sky. “It was an amazing event,” a SVAKOM rep, present at the event, said. “there were so many people – they couldn’t get enough of our booth design. They were all trying to get pictures and selfies with the booth. Emma Neo was very popular, so was Sam Neo. People really like the Connexion Series in general but these two definitely stood out”. SVAKOM, together with Lovela representatives, explored the event finding a variety of different stands and booths each with unique designs. “There was place to sit shaped like a dog’s open mouth,” a rep said. “there was so much creativity present, no such thing as limits”. Estéreo Picnic proved to be a massive success, and the creativity demonstrated pushed SVAKOM into the spotlight. “We can’t wait to attend next year, together with something bigger and better!”

Tags:Events
Back to Front Page