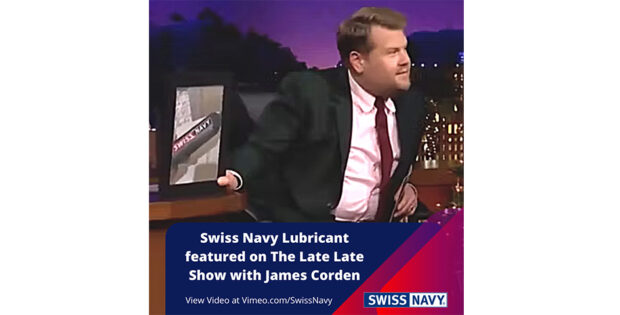 “Of course, we were delighted when Zach shared his photo!” said Briana Watkins, M.D. Science’s Vice President of Sales and Marketing. “It’s wonderful to know that our products are being shared and appreciated.” While Couric admitted that she had never heard of the Swiss Navy brand, Swiss Navy is the top selling personal lubricant brand in its marketplace and expanded its core collections in 2021 to include Desire by Swiss Navy and 4-in-1 Playful Flavors. “Whenever our brand receives recognition, even in a playful, humorous manner, we are thankful that people are becoming more comfortable with their personal intimacy,” said Watkins. “One of our goals at Swiss Navy is to help people love their love life—and we appreciate James and Zach for sharing Swiss Navy’s Premium Anal Lubricant on their recent episode. And, of course, we have other products that we will be sending to Zach and his girlfriend just in case his future travels don’t come with lube.”

Swiss Navy’s lubricant segment can be viewed online at vimeo.com/swissnavy.