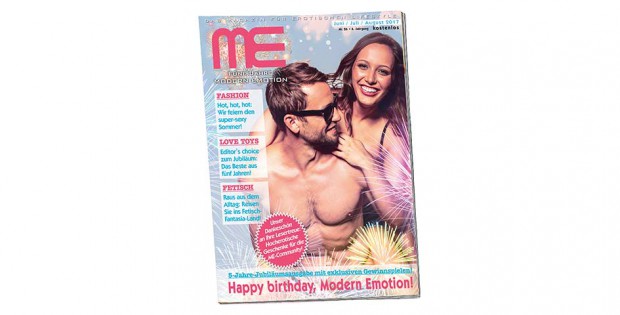 The first issue was published in the summer of 2012 and since then the magazine has entertained erotic-interested end users in Germany, Austria and Switzerland. “Retailers can order their desired edition of our neutral magazine in the format A5 free of charge and then offer it to their customers as a goodie,” says Hauke Christiansen of ORION Wholesale. “As a result, retailers not only emphasize their consumer orientation, but also generate an increase in their sales.”

Five years of “modern emotion” – that’s something to be celebrated! With a small time trip through five years of “Modern Emotion”, five exciting Lovetoy categories, the top five Lovetoys of the last five years, as well as topsellers, which are guaranteed to be around in five years as well. In addition, there is a great birthday raffle with fantastic prizes.

Orders and further information are available from Hauke ​​Christiansen (Phone +49 461-5040 210, hchristiansen@orion.de) and at www.orion-grosshandel.de.