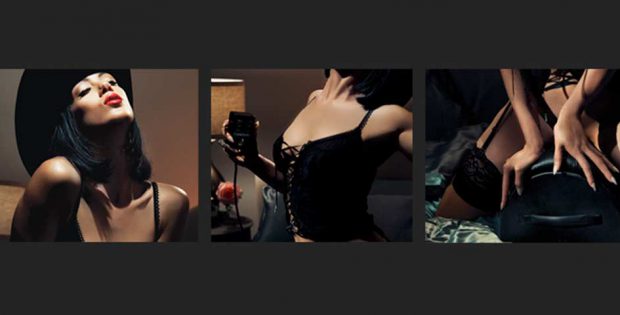 The Cowgirl sex machine is making a worldwide debut with an alluring, elegant ad campaign directed by celebrity photographer/filmmaker Deborah Anderson. With more than 15 years of as a world-renown photographer, artist and art director, the Los Angeles Times called Anderson “a photographer whose distinctive sensuality is located somewhere between classic French erotica and Helmut Newton.”

Anderson’s work has appeared on the covers of magazines and albums worldwide, as well as decorating the walls of hotels and in the pages of coffee table books. Her first feature documentary film project entitled “Aroused,” is a fine art book and feature documentary film featuring 16 famous female adult film stars that was released in theaters and is featured on Showtime in the U.S.

“My inspiration for The Cowgirl shoot came from the suggestive pin-up girl cartoons of the ‘40s and ‘50s,” Anderson said. “I wanted to show a powerful sexy woman that not only understands her desires, she fulfills them without compromising her control of the driver’s seat as she explores her sexual fantasy. The Cowgirl ad campaign was a great opportunity to do just that and create beautiful, sophisticated imagery with a touch of flirtatiousness, transcending trends and time.”
As a female-led company, COTR takes great pride in partnering with inspiring women like Anderson.

“It was an honor to work with Deborah Anderson on creating the powerful and incredibly sexy imagery for The Cowgirl’s ad campaign — including the forthcoming video commercial that is sure to blow people away,” COTR founder and CEO Alicia Sinclair said. “Deborah did an amazing job capturing the beauty of a woman taking control of her sexual pleasure with The Cowgirl as her mechanism of choice.”

The Cowgirl is a riding sex machine offering over 1,200 RPM of powerful vibrations with easy-to-operate vibration and rotation control. It comes with a global adaptor, making it safe for use anywhere in the world, and can be operated remotely via a smartphone app.

The Cowgirl is made from luxury materials that ensure comfort as well as functionality. Its one-of-a-kind saddle-style seat features padding for added comfort, and the base of the machine features silicone bumpers to prevent scratching of surfaces and to make it slip-proof.