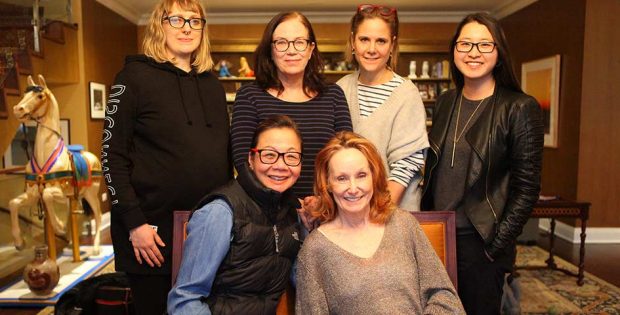 The Dilemma of Desire follows a conceptual artist, two scientists, and an industrial designer who are using their work to shatter the myths and outright lies women have been taught about their sexual desire and their bodies. Committed to the truth, call it “Cliteracy”– the acknowledgement and understanding that the clitoris is fundamental to the female orgasm – these four compelling women address gender inequality in one of the most personal spheres of a woman’s life: sexual desire and pleasure.

The filmmakers have announced a stretch goal of $10,000 to go towards the incorporation of animation into the feature-long documentary.

“Animation is going to be vital in communicating the stories of the women featured in The Dilemma of Desire. We wanted to find a way to portray the intimate experiences of our film’s participants with empathy and tact. It’s crucial these experiences are seen and heard. When we don’t talk about something, there’s a feeling of shame around it. And that’s what so often happens around the discussion of sexual desire with women and girls.” – Maria Finitzo, Director

“As a longtime filmmaker who has been on the front lines of social justice and equality for all human beings, I’m thrilled to join The Dilemma of Desire team as executive producer. I have the highest regards for Maria’s bold, intelligent, and courageous directorial style. This film pushes for equality in a way we’ve never seen and will break new ground in the realm of feminist filmmaking.” – Barbara Kopple, Executive Producer

Tags:USA
Back to Front Page