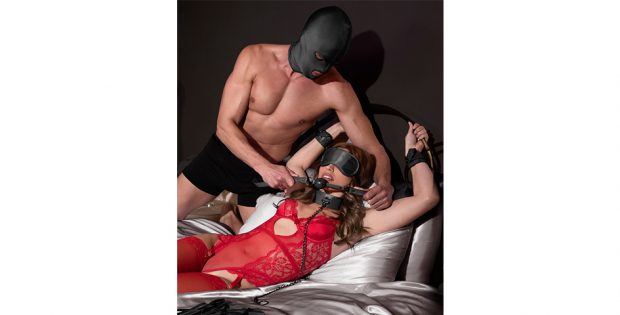 “Sticks and stones may break my bones – But chains and whips excite me” Famous words from Rihanna’s 2010 song S&M. The song was deemed too provocative. The videoclip was banned from YouTube and was not allowed to be broadcasted in eleven countries. Nevertheless, it reached number two in the Billboard’s Hot 100 and number one in ten other countries. Critics might have found the song too sexual and explicit. However, the public clearly did like it.

Masochism sprouts from Austrian writer Leopold Ritter von Sacher-Masoch who wrote Venus in Furs in 1870. It’s a story about a man, Severin, who is so in love with a woman, that he asks her whether he can become her slave. She gives in and dominates him in various ways until she falls in love with another man. She submits to her new lover, and Severin swears to never submit to a woman again. He even calls them cruel and state that women can never be a man’s companion but can only serve them. Juicy detail: Sacher-Masoch found his own life so boring that he forced his wife to live out the plot of the book. They eventually got divorced and he remarried his assistance…

And now, thirty years later, the style that best describes itself as bondage chic is again found in today’s fashion scene. Most people will recall Kim Kardashian’s latex dress. Every self-respected shoe brand has their own version of the thigh-high boots. And even Madonna has gone back in time. She is wearing a Gaultier corset once again. This time, it’s made of black straps.

No matter what your opinion is, the outcome still is that the selling of ropes, hand cuffs, paddles and all those sort of things has gone up. And as with any form of sex, it’s all about what you and your partner(s) want and whether there’s mutual consent. It doesn’t matter if this means you want to try a fluffy handcuff or you want to be flogged with heavy whips. “There’s a market for everything,” knows Leoni, head of the design studio at Shots from experience. “And we want to supply our customers with anything they want. For our Ouch! line, this means that we keep designing new items so we always keep or customers satisfied.”