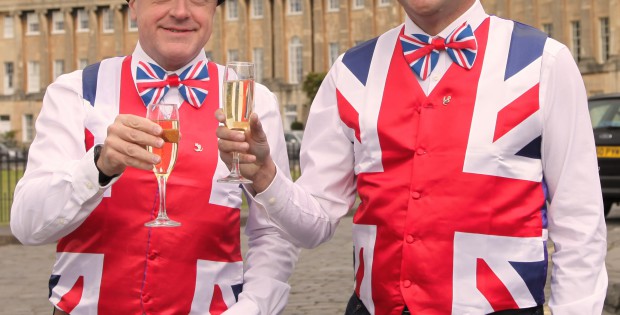 Lovehoney has received the Queen’s Award for International Trade for outstanding growth in overseas sales over the last three years. Owners Richard Longhurst and Neal Slateford will be attending a reception held by the Queen at Buckingham Palace on July 14. They received the award 14 years to the day from when they started selling sex toys online from Richard’s bedroom in Bath. Now Lovehoney has a turnover of £60 million and employs more than 250 people all over the world.

The award – described as ‘the highest accolade for business success’ – allows Lovehoney to use The Queen’s Award emblem in advertising, marketing and on packaging for a period of five years as a symbol of quality and success.  Profits at Lovehoney shot up 79% last year to £3.7 million and it was highlighted as one of Britain’s top 100 most profitable private companies by the Sunday Times. Overseas sales almost trebled last year from £4.5 million to £12 million following the launch of new websites for the French, German and Australian markets and customers paying in Euros.

Slateford said: “It’s a huge privilege for Lovehoney to be honoured by the Queen. Official recognition from the Queen as she celebrates her 90th birthday shows just how far we have come as a company and how far sex toys have been embraced by mainstream shoppers. This award will help us to reach new markets and create more jobs both in Bath and in our global offices. The Queen is Britain’s greatest trade ambassador and consumers trust a brand with her patronage. Long may she reign over us.”