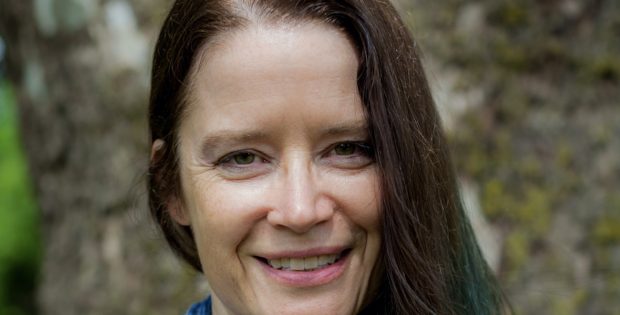 “I think it’s so important that we have books that depict sexuality in the context of other transformative life experiences. Illness is one of those experiences. Dying is another,” explains Wood. “Too often we compartmentalize these issues in our own lives as well as in our cultural discourse. The reality is that we are whole people and every part of our experience touches in some way on every other. We can’t afford to ignore sexuality when we’re talking about illness any more than we can afford to ignore aging when we’re talking sexuality.”

Bound is available for consumer purchase through Wood’s website, ElizabethAnneWood.com, and the author encourages retailers and distributors to place wholesale orders through Ingram Publisher Services or any other trade wholesaler.

Penned a year after her mother’s passing, Wood recalls the moment of truth that spawned what would become the story’s backbone. Her 50-something mother had just returned from an editing interview after being handed an assignment to edit Pro-Domme advertisements.

“She came home so excited,” recalls Wood. “Did you know you could get paid to hurt men and you don’t even have to have sex with them?” That’s what she said to me.”

Wood’s mother eventually joined Alt.com, a kink website that allowed her to meet and make arrangements with submissive men, and all while pushing 60. She discovered a sexual release that brought her power and fulfillment while maintaining a safe, sane, and consensual relationship with submissive men.

Wood’s lengthy encounters with medical professionals during her mother’s cancer treatment adds another dimension to the story that highlights a disturbing trend in how the healthcare system often ignores the sexuality of the elderly and dying.

As described by Bound, “the red tape of hospital bureaucracies…and unintentional inhumanity of a health care system that too often fails to see the person behind the medical chart” created a uniquely frustrating backdrop upon which Wood’s mother’s narrative plays out.

The book is published by She Writes Press and distributed by Ingram Publisher Services. It is available for wholesale orders through Ingram or any other trade wholesaler with a release date of August 13th.

Wholesale and retail customers can place an order directly through Ingram Publisher Services. For more information, create an account with Ingram or contact Brooke Warner at Brooke@SheWritesPress.com.