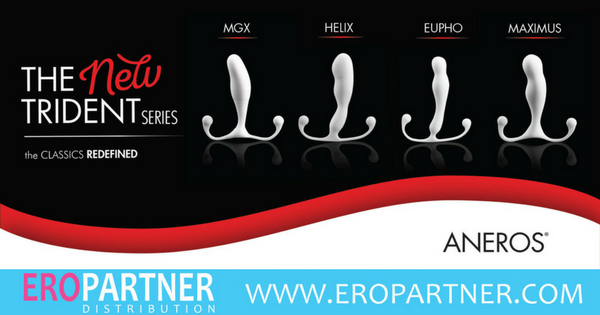 Men’s brand Aneros releases its new Trident series, which has what it is called Multi-Axial Motion Architecture (MAMA), a new feature which allows the Trident to move laterally as well as move up/down and in/out. The Aneros Trident serie is now available at Eropartner.