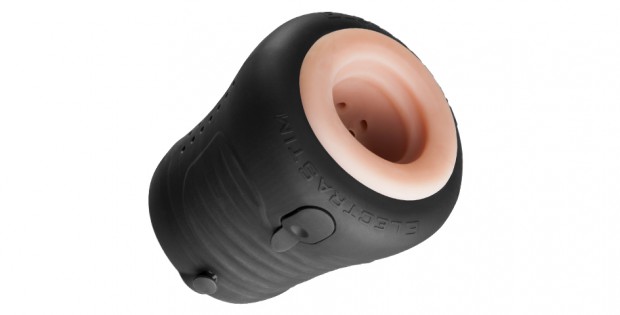 Cyrex, manufacturers and brand owners of ElectraStim, have Eropartner Distribution as one of the first distributors to carry their new Jack Socket. The men’s sex toy, which combines e-stim sensations with the stroking action of a male masturbator, is now available at the distributor.

The ElectraStim Jack Socket has a compact design and with an internal textured sleeve made from TPE material it moves and feels similar to skin. But most importantly, it is the only male masturbator that can be connected to any ElectraStim stimulator, thereby blending the sensations of a realistic stroker with the sensations of electrostimulation. When used with an ElectraStim Flick or Flick Duo stimulator, its possible to achieve a fully-synchronized experience with the e-stim pattern matching your stroking pattern and blending the sensations.

“This item is the worlds first realistic feel male masturbator to incorporate electro-sex connectivity and is set to be a big hit for anyone with a penis,” says ElectraStims director, Andy Smith. Eropartner Distribution carry the full ElectraStim range including the Flick stimulators which have a motion controlled feature.