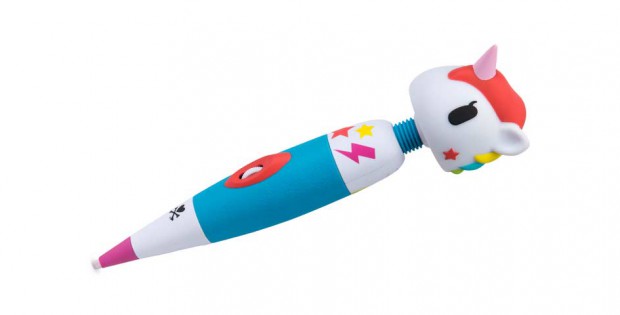 Eropartner are going to be offering new deals for customers for the tokidoki X Lovehoney range. The Dutch distributor has been committed stockists of the range since it launched into the trade back in 2016, and the new deals are in response to some exciting press coverage that has appeared in mainstream media over the last few weeks.

The tokidoki X Lovehoney products have recently been covered by Cosmopolitan.com, Cosmopolitan.co.uk, Buzzfeed, Love it!, (a wide-circulation weekly title in the UK), and Marie Claire UK. Reviews have been positive with one journalist commenting that the toy is a great way to introduce toys to relationships in an non-intimidating way.

Elcke Wieffering, Purchaser at Eropartner says: “The combined potential readership of these media titles are in the region of 150,000,000. It’s incredibly important for us to monitor what the mainstream press are talking about in terms of trends as this directly translates to what enquiries we get from our customers. What is being written about on websites such Buzzfeed is what people are coming in and asking about in stores. This really is a time to capitalise on these great media mentions.”

Jade Bawa, Trade Sales Executive Lovehoney says: “Unicorns are everywhere at the moment! You can’t escape them in the press or on social either. We have been working closely with Eropartner to make sure that they are able to offer their customers the best possible deals during this period. It’s been a delight to work with them on their current unique, bespoke offering. It is great to see that the adult toy market is excited about unicorns as we are.”