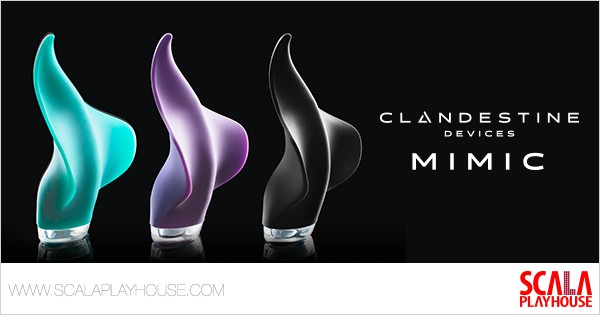 The MIMIC was officially presented to Scala Playhouse customers during the ‘Big 3-Oooh!’ Scala Fair on the 12th and 13th of March. A brand representative from Clandestine Devices was present to answer all the guests’ questions and share more information about the design aesthetics and features that make the MIMIC stand out from other stimulators. The MIMIC is now ready to order at Scala Playhouse in the colors Black, Sea foam and Lilac.