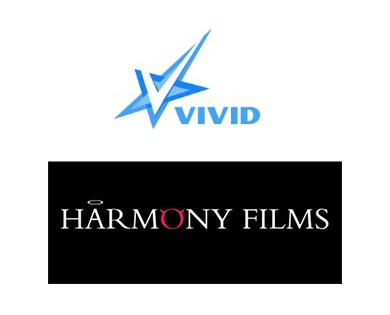 Vivid Entertainment has announced that a DVD distribution deal has been signed for the UK and Europe with London-based Harmony Films Limited.
Vivid has the largest movie archive of any single studio and is internationally famous for its proprietary celebrity sex tapes featuring such personalities as Kim Kardashian, Kendra Wilkinson, Farrah Abraham and many others. In addition, Vivid’s comic hero parodies and feature films have won more awards than any other adult production company in the history of the industry.
“We are delighted to sign with Harmony,” said Michael H. Klein, president, broadcasting & internet for Vivid Entertainment. “Harmony is a formidable presence in the UK and European markets and we feel this collaboration will result in a broader distribution for our films in this vital area.”
Harmony Films is known for its polished, high-budget adult productions featuring top talent. The British company has been recognized with multiple awards. “We are very pleased with this new partnership which allows us to add this iconic brand into our current European DVD release schedule,” noted James Wright, VP sales and marketing at Harmony