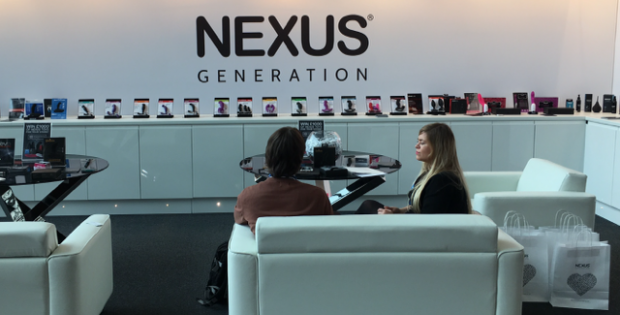 British brand Nexus has received an Erotix Award titled Best Boutique Collection. The award is one of many handed out each year at eroFame, the largest European trade exhibition in Hanover, Germany which includes the world’s largest brands in adult. “It’s so nice to be recognised for what we do, especially by a leading voice in the industry”, says Monique Carty, Director of Nexus. “We have received awards before but they have been for specific products. To receive a brand award is a first and we are really honoured.”
Nexus exhibited its full range of items at eroFame and launched its new prostate stroker Sparta. “It was really nice to meet with existing and potential customers says Chloe Pearce”, Sales Manager of Nexus. “eroFame is always a highlight of our year and to win another Erotix Award is fantastic!”
Customers that didn’t attend eroFame can visit www.nexusrange.com to see the full range including the new Sparta.