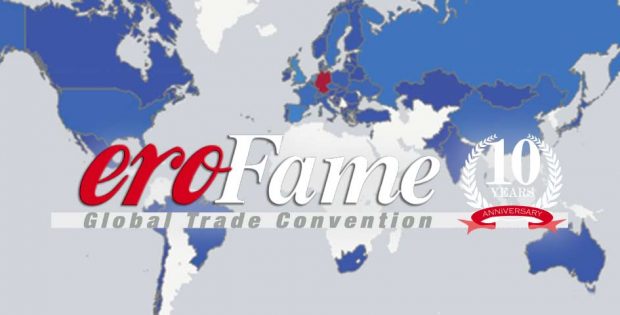 As the organizers of eroFame informed after a thorough, system-guided evaluation of all data, the trade fair was able to register a new record number of visitors this year. At the beginning of October, a total of 3184 members of the trade, including retailers, wholesalers, manufacturers and media representatives, attended the show in Hall 27 at the Hanover Exhibition Centre. The number of 2128 trade-visitors was also higher than in previous years.