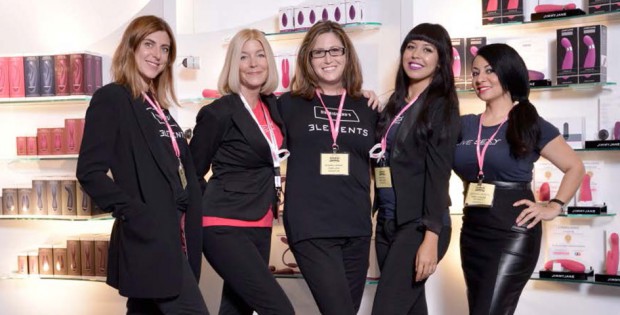 “People were really happy to see Jimmyjane moving forward in all directions,” stated Robert Rheaume, President of Jimmyjane. “With the new addition of ASCEND we have a mid-tier product range in the $80-$100 arena. We also added new items to our INTRO line and an innovative new addition to our premium FORM line. At this show we wanted to demonstrate Jimmyjane has something for everyone.”

The debut of the ASCEND Flex Vibrators was well received. Each ASCEND item slightly resembles the shapes and forms of the INTRO and FORM line, yet each item has flexible feature that lends itself to many unique uses with a soft, pliable texture on the surface.