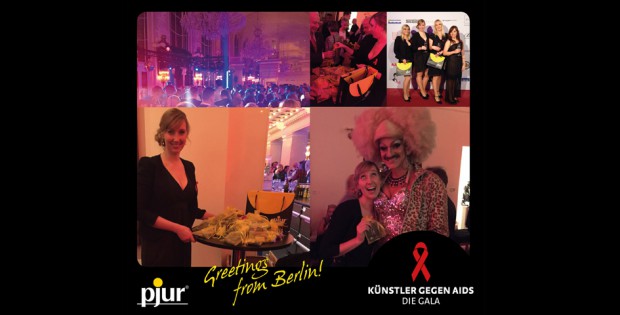 pjur attended the “Artists against Aids” gala in the Theater des Westens in Berlin with a promotional offer. The pjur group, as a sponsor of the evening, was represented by a team of four and distributed the yellow pjur goodie bags in the Spiegelsaal venue.

According to the company, the moderators of the gala, Bettina Böttinger and Guido Maria Kretschmer, sponsor Judy Winter, star hairdresser Udo Walz, moderator and musician Bonnie Strange and the Mayor of Berlin Michael Müller, along with all of the other guests, were very enthusiastic. “The offer was really well received”, says Elisabeth Dahmen, PR manager at pjur. “The yellow bags were literally grabbed out of our hands and the combination of personal lubricant samples and golden chocolate squares was simply unbeatable.”

Tags:Germany, Lube
Back to Front Page