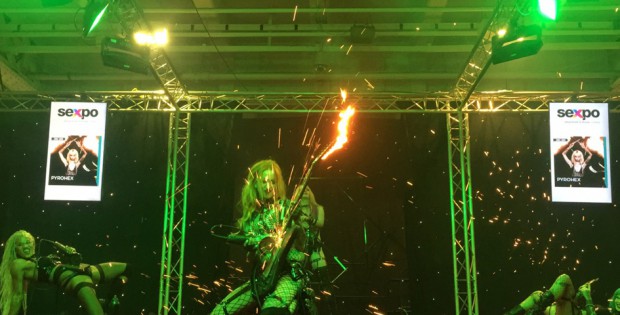 Sexpo UK  the sexually inclusive health and lifestyle exhibition wraps up after an eventful first year in the UK. The show was held at Olympia London over the weekend 13th to 15th November 2015. In spite of the fact that over 20% of presold tickets were not activated and some exhibitors were unable to attend last-minute, Sexpo UK welcomed just under 10,000 visitors in total. Variations on estimated attendance have been attributed to difficult trading conditions due to the external events of the weekend. Regardless of this, Sexpo UK has received positive praise from participants, press and public. Sexpo UK 2016 is currently scheduled for 11th to 13th November.

“We are really thankful to those who have stood by us and supported us in launching a new sexual health and lifestyle expo, let alone a new UK brand, on a national scale and hope to be able to extend our thanks over the coming year. We are currently collating feedback from consumers and exhibitors so we can build on year one and create a stronger Sexpo UK 2016.” said the Sexpo UK Senior Team (Jonny Kirk, Lee Schofield, Mark Bamber and Nina Saini).

To launch the Sexpo brand into the UK, and to introduce the new and first ever Sexpo UK show to the British public, numerous promotional tactics were enforced. A six figure national advertising campaign was implemented throughout the London borough across buses, taxis, tube and train stations, as well as fly posting and flyer distribution. This was supplemented with media partner collaborations alongside traditional advertising schemes and mainstream marketing. In addition, the Sexpo UK team worked alongside exhibitors, entertainment, brand ambassadors and seminars hosts to offer optional marketing, PR and social media support in reaching a wider audience and to assist participants in increasing brand awareness. An affiliate scheme was also implemented to provide an incentive to participants to support the Sexpo UK brand and for partners to benefit financially from this by offering their customers and their fan base favourable discounted ticket prices.