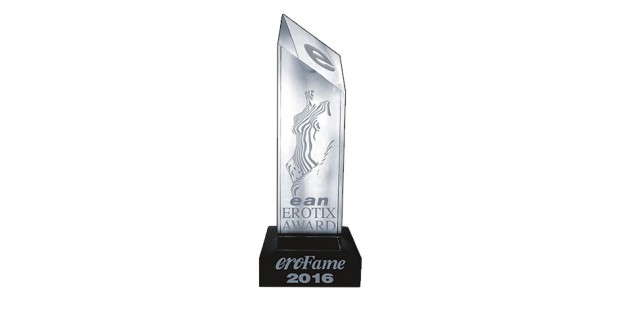 Like in previous years, EAN and eLine will award members of our industry with the coveted ErotixAwards at eroFame. In total, there are roughly 50 individuals and companies that will receive the awards in recognition of their outstanding work and achievements in the adult industry. The identity of the winners will be kept under wraps for the time being so as not to spoil the surprise. They are going to be announced during eroFame, and they will receive the awards at their stands. Later, at the Oktoberfest on eroFame Thursday, the list of winners will also be presented on a big screen in the festival hall.

Many of the decisions proved very difficult and there are several people and companies that would have deserved to win an award as well, but of course, there can only be one winner per category. Among these laureates, a few even managed to snag two of the coveted prizes. Of course, one of the guidelines of the ErotixAwards is that no company can win more than two awards. This regulation already proved effective last year when it was first introduced – on one hand, it gives smaller, less well-known brands a better chance at winning and thus gaining recognition, and on the other hand, it helps keep the number of categories in check.

“The ErotixAwards should go to people who have worked really hard to earn them,” says Christine Rüter from Mediatainment Publishing. “Things are handled differently with some other awards in our industry, but our goal was to treat the ErotixAwards as a valuable prize. Adding arbitrary categories or handing out too many awards would have been counterproductive in that context.”

A complete list of the winners will be presented online during eroFame. The team of EAN and eLine congratulate all the winners and wish everybody lots of success for the next year.