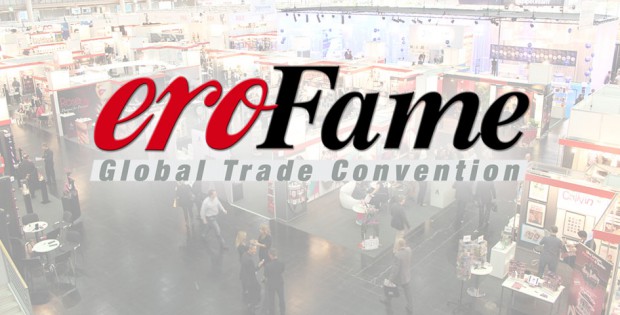 Earlier this year, the eroFame organisers initiated a survey in the interest of the visitors and exhibitors of the trade show. The goal was to establish if there was reason to change the established eroFame concept, especially with respect to the event location. To that end, the trade members were invited to state their opinion in personal conversations, via e-mail, or in a questionnaire.

Representatives of the eroFame advisory board and exhibiting companies also met to discuss the concept of the international trade convention and its current location, Hanover. Most people were very happy with the existing concept, and as the organisers have already confirmed, there will be no big changes on that front. The discount system for exhibitors was also met with a very positive response. So come October, the participants will once again be offered free catering and free access to the ever-popular eroFame Oktoberfest, apart from free access to the fairgrounds and a free shuttle service.

“We started eroFame as a European trade convention seven years ago, offering a concept that was different from the big adult shows back then. Most members of our industry wholeheartedly supported this new concept, and year after year, the majority of participants express their satisfaction with eroFame. Therefore, we see no reason to change the trade convention. Of course, that doesn’t mean that we won’t continue with our fine-tuning with each new show. Many trade and industry members continue to tell us that eroFame is the leading b2b adult trade show in Europe today, but we will always listen to suggestions from our visitors and exhibitors”, says Wieland Hofmeister, CEO of the company organising eroFame. “And when there are points of criticism, we also face those.”

To gauge the public opinion about the location of eroFame, a survey was added to the EAN and eLINE trade magazines for the visitors and exhibitors to express their stance. “At first glance, the responses were sobering because of the 220 exhibiting companies, only 60 sent back the questionnaire, and we hardly received any response from the trade members. But if you think about it, this result only means that the industry in general is not interested in changing eroFame. We consider this a vote of confidence for the current concept. Also, few people seemed to get behind the idea of moving eroFame to another location, and the majority of trade members and exhibitors were clearly against a test event in Amsterdam that would have taken place next spring had there been support for this idea”, Hofmeister continues. “So these are the results of our survey – but we’d still like to talk some more with the participants of eroFame at the next show to get a clearer idea of what they want and expect from our trade convention.”

eroFame 2016 will take place on October 05 – 07 in Hall 2 of the Expo fairgrounds in Hanover. “Many people seem to be very happy with this location in the centre of Europe, and so are we. Only recently, US President Obama and chancellor Merkel visited Hanover for the world’s biggest industrial fair, a great event with the United States as a partner country. This shined an international spotlight on Hanover. And who knows, maybe we’ll be able do the same thing with eroFame in October …”, Hofmeister adds with a wink.