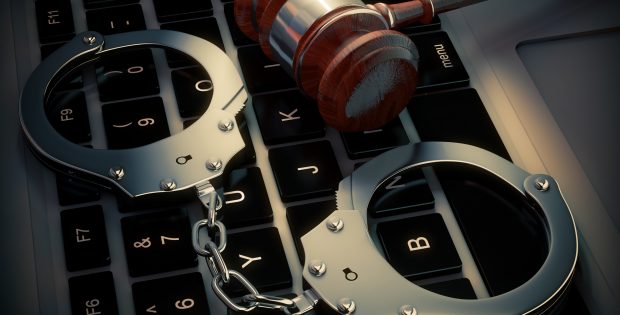 On April 11, 2018, the “Allow States and Victims to Fight Online Sex Trafficking Act of 2017” was signed into U.S. law by President Donald Trump. This was a bi-partisan attempt to provide federal and state authorities with more tools to fight, as the law recites, “sexual exploitation of children or sex trafficking.” Though stopping sexual exploitation is certainly an honorable cause, the new law, known in short by the acronym “FOSTA,” has placed a sweeping burden on adult (as well as mainstream) website providers.

Section 230 of “The Communications Decency Act of 1996” [U.S.] says that a provider of an interactive computer service is NOT to be treated as the publisher or speaker of information provided on the service by a user.  This means that a website provider is relinquished of certain liabilities for the content posted or transmitted on the site by third party users. Section 230 has allowed the Internet to thrive as a place of open speech and communication without website providers fearing legal consequences for themselves based on the (sometimes illegal) activities of users on their sites.

Congress stated in the text of FOSTA that “section 230 … was never intended to provide legal protection to websites that unlawfully promote and facilitate prostitution and websites that facilitate traffickers in advertising the sale of unlawful sex acts with sex trafficking victims.” Accordingly, the new law rolls back the protections of Section 230 for content that promotes or facilitates prostitution or human trafficking. FOSTA states, in pertinent part, “Whoever… owns, manages, or operates an interactive computer service …, or conspires or attempts to do so, with the intent to promote or facilitate the prostitution of another person shall be fined under this title, imprisoned for not more than 10 years, or both.” An “aggravated” violation is committed, when in addition, an interactive computer service –

An aggravated violation is punishable by a fine or prison sentence of up to 25 years.

In short, an operator, owner, or manager of a computer service, that with the intent to promote or facilitate the prostitution of another person, or should have known of such on their site, can be subject to civil or criminal liability under the law. Violations may result in the imposition of fines and jail time of up to 25 years. Diligent compliance will be key to staying out of trouble.

In order to comply with the provisions of FOSTA, at a minimum, companies should update the Terms of Service for their websites to include a user agreement to abide by certain rules relating to the prohibition of the sale of sex, setting up dates in exchange for money, and other things that could potentially be interpreted as sex trafficking.

In addition to that update, website providers must now monitor the postings private messages of users on their sites. Yes, you read that right – even private messages. Automated software monitoring systems will be ideal for filtering text-based communications. Image analysis may be used for discerning the content of images and video.
For large-scale companies that already have traction (i.e. money to spend), the answer will probably be a tailored software solution integrated into their platform. For other smaller websites, a third party provided “canned” system may be more reasonable in terms of pricing and feasibility.

Human assessment will likely need to be involved as well – For example, to review for confirmation of filter-flagged material prior to a disabling of an account or removal of a communication. Though neither automated systems, nor humans, will be perfect, it will at least show a good faith effort and be significant evidence negating “reckless disregard” (basically, “should have known”) and “intent” to allow illegal activity on a website.

Companies should develop and implement an internal cohesive written policy about how to monitor and process communications that could be related to facilitation or promotion of sex trafficking or human trafficking. The policy should address the levels of escalation, including warnings (if any), disabling of accounts, and removal of communications or accounts of users that appear, through filtering or otherwise, to be promoting or facilitating such illegal activity.

This law change is historic in the United States. Although many of us in the legal community take serious issue with FOSTA’s legality under the U.S. Constitution, it typically takes years for a law to work its way through the court system in a challenge. This means that FOSTA will be on the books indefinitely. It is now a “fact of life” for website providers, especially those that deal in dating sites, cam sites, tube sites, and other adult-oriented platforms. Its potential implications must be taken seriously.

Note that FOSTA’s effect is retroactive. Companies may be subject to liability for illegal sex trafficking activity that happened through their websites prior to the passage of the new law. Whether enforcement for prior activities will actually occur has yet to be seen, but beware that it is a possibility.

Accordingly, the stakes are high. Website providers must be conscientious in efforts to comply with the new law. Even if a website is hosted outside of the U.S. (for example, in Europe), but is accessible to users in the U.S., FOSTA may still apply. Though obtaining jurisdiction in U.S. courts would be much tougher for sites outside of the country, in some circumstances, it would not be impossible. The U.S. government and courts have broad powers.

Wherever your web service is based, avoid the possible fines and prison sentences that FOSTA enables. Get your company set up with proper compliance policies, procedures, and systems. Talk to an attorney – As I always say, a little time with a lawyer can go a long way… And, it couldn’t be truer here.

About: Maxine Lynn is an intellectual property (IP) attorney with the law firm of Keohane & D’Alessandro, PLLC, having offices in Albany, New York. She focuses her practice on prosecution of patents for technology, trademarks for business brands, and copyrights for creative materials. Through her company, Unzipped Media, Inc., she publishes the Unzipped Sex, Tech & the Law® blog at www.SexTechLaw.com.

Disclaimer: The content of this article constitutes general information, and is not legal advice. If you would like legal advice from Maxine Lynn, an attorney-client relationship must be formed by signing a letter of engagement with her law firm. To inquire, visit www.Sextech.Lawyer.