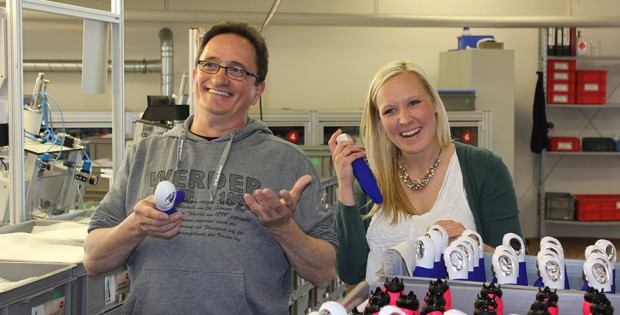 FunFactory undoubtedly rank among the pioneers in the adult industry. They have earned a reputation as innovators with a dedication to quality – characteristics that have been reflected in their toys ever since the company was started. This year, FunFactory will celebrate their 20th anniversary, but the pioneering spirit that marked the early days is still very much alive – as we could see for ourselves during our visit at the headquarters of the sex toy producer.

If Michael Pahl were to look out of his window, he’d have a great view of the Weser river. He could see ships passing through his hometown of Bremen on their way to the North Sea. Or he could just gaze into the distance and let his mind wander. But instead, Michael Pahl’s eyes are fixed on a collection of processors and circuit boards.

“There’s always something that can be improved,“ the electrical engineer explains. Twenty years ago, he and his friend Dirk Bauer started FunFactory. And although it’s been such a long time, Michael has never lost his passion for tinkering – a passion that played a great part in making the company what it is today. Improving the controls, adding the “click and charge” system, reducing the noise level of the motors. At first glance, those things seem like small details, but the sum of these details can make a good product great and ultimately influence the entire industry.

The motors used in FunFactory vibrators today are Pahl’s creation. The company and the customers had already been happy with the previous models, but Michael’s keen eye saw that there was room for improvement. The result: a motor that offers the same strong sensations, but at much lower noise levels. Later, these motors were also used in sex toys from other companies. “Unfortunately, you can’t have something like that patented. But if people copy what you’ve created, it kind of shows you that you’ve something right,” he adds. 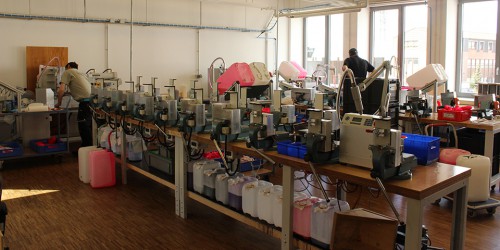 The look for the next generation of FunFactory toys is already taking shape on the drawing board of Alina Eynck. There are no specifications or stipulations to rein back her creativity, and so she churns out design after design, with pencil or ink, sometimes up to one hundred for a product – until she feels she is onto something special. Once the team has agreed on one of her designs, it is then polished and refined on the computer, and at the end of this phase, Alina presents a 3D model of the toy to the FunFactory decision makers. “Only once have I got a product perfectly right with the first draft,” she explains. “Usually, there is a process.”

A look inside the factory

There are several big tanks in the basement of the building, containing the silicone for all the toys, and from here, it is pumped up to the production floor where Vadim Belov works. He is the master of colours who turns the colourless silicone into bright pink or black or more subdued caramel tones. But before these colours radiate from the shelves of stores all over the world, there is still a long way to go. 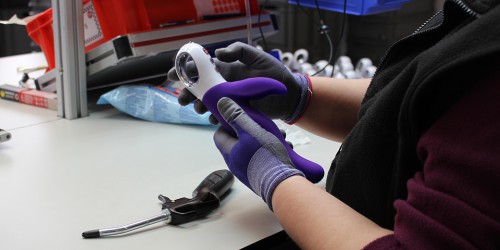 Whenever there is a problem during the production process, he is there to lend a helping hand and a wry comment. Today, he is accompanied by Jessica Kreugel who is doing an internship as part of her studies at the university of Bremen. The two take a close look at the toys. Sometimes, minor flaws can still be ironed out, but if a product doesn’t live up to Jürgen’s standards, it is rejected and its journey ends in the box for substandard products.

Dirk Bauer also has a great view of the Weser river from his office, which is the nodal point where all the threads come together. The CEO of FunFactory can look back at twenty successful years during which his company has become one of the biggest producers in Europe. And it has done its fair share of setting industry standards as well. The first toy made from medical-grade silicone, rechargeable vibrators, the first mainstream award for a sex toy – those are just a few milestones in the history of FunFactory, and many more are bound to follow as the whole team is dedicated to take sex toys to the next level.