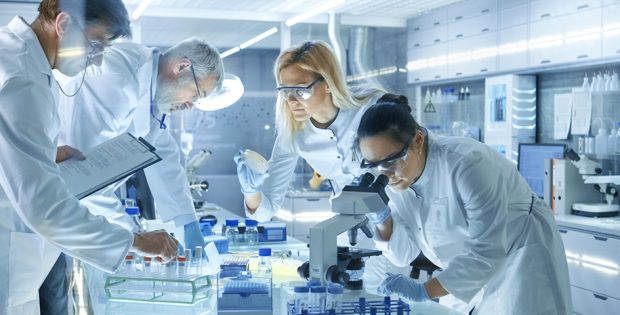 German consumer organisation Stiftung Warentest gave a number of sex toys a thorough check-up, the results of which were published in the February issue of their consumer magazine ‘test’. In all, 18 vibrators, love balls, and cock rings were checked for harmful substances.

Stiftung Warentest bought a bunch of vibrators, love balls, and cock rings ranging from EUR 6.80 to EUR 165 and sent them to the lab to have them tested for harmful substances. The result: Four products were deemed ‘very good’, seven received a ‘good’ rating, two were ‘satisfactory’, and five were rated ‘poor’. Doesn’t look all that bad at first glance, right? No, says Dr. Sara Wagner-Leifhelm, who supervised the tests. Harmful substances have no place in sex toys or any other products that come into direct contact with mucous membranes seeing that this tissue has a lot of blood flowing through it and is also easily irritated. Since there are no official boundary values for sex toys, the scientists used the generally accepted boundary values for comparable product categories as a reference when testing and rating the toys. So, what exactly did they find in their tests? And what quantities of harmful substances are we talking about here? Well, for one, there are poly-cyclical aromatic hydrocarbons which are suspected to cause cancer. Moreover, there’s DEHP (di-etyhlhexyl phthalate), a plasticiser, which shouldn’t even be used without authorisation as it can affect fertility and harm the unborn child in the womb. The scientists also found chlorinated paraffins which are poisonous to water organisms and might also be carcinogenic, and phenol, which is suspected to cause genetic defects. The boundary values were exceeded by a significant margin in all cases, sometimes even a hundred-fold. And last but no least, there is nickel, which is known to cause allergic reactions, and that’s just the half of it; it is also suspected that nickel can cause cancer. And in case you are wondering, nickel was found on one of the charging contacts of a big-brand vibrator. This contact released such high concentrations of nickel that the product should never have been sold, as Stiftung Warentest warn in their test results. Interestingly enough, there was no direct correlation between the concentration of noxious substances and the price of the product. On the whole, low-price products didn’t perform any better or any worse than expensive products in this test. All in all, these results are pretty sobering. There should be a quick solution to the nickel problem with the charging contact, at least.
It should be noted, however, that one of the producers whose product was rated “poor” released a public statement saying that the product in question had already been tested by consumer organisations TÜV Thüringen and ÖKOTEST, and that no harmful substances had been found in those tests. Moreover, the statement reads that the company received a test certificate from Stiftung Warentest in October 2018 stating that the product had actually met all the required test values. This certificate directly contradicts the results published in ‘test’. The producer’s suspicion is that there was a mix-up with the products and/or analysis results, and they have announced that they will take legal action against Stiftung Warentest.

Tags:Germany, Toys
Back to Front Page