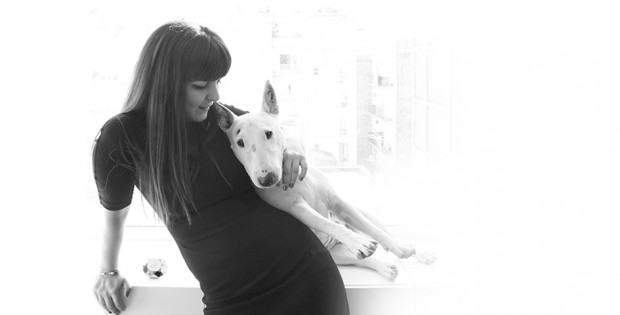 Roughly a decade ago, a revolution began that would dramatically alter the face of the adult market. Bijoux Indiscrets was a big part of this revolution, and without companies such as their’s, our industry wouldn’t be what it is today. EAN asked Elsa Viegas, the co-founder of Bijoux Indiscrets, for an interview about the last 10 years and the success of the brand.

Congratulations on ten years of Bijoux Indiscrets! Are you going to pop some corks to celebrate?
Elsa Viegas: Definitely! And we plan to celebrate it all year long. We started by launching a sex study and the orgasm library at the beginning of the year and many things are yet to come during the year.

When you started on this journey ten years ago, did you believe that your brand would one day be this successful around the globe?
We were always very optimistic and we were convinced that things would go well but being where we are right now is amazing! Running a successful global brand 10 years in is really beyond the most optimistic dreams!

Why did you decide to create a brand in the adult market – a market which had a very different complexion a decade ago? Was there an idea or an incident, an initial impulse that started it all?
At the very beginning, we wanted to change the face of the retail trade, and our idea was to create an erotic store with a focus on women but when we started our business, we found out that the offer of products was very limited. We could only find low-price, cheap-looking plastic products or very high-end designer brands. What we wanted was to offer a range of beautiful things that anyone could afford and make eroticism part of the lifestyle of any woman. So we did what knew best: create! We decided to launch our own brand.

And how were you welcomed in this market? With open arms, or with skepticism?
We were received with open arms! At the beginning, everything was easy…. For a while! We had a new product with a very different approach and stores were happy to carry it but we were too expensive for the consumer. It was 2006/07, and the economic crisis was arriving. The good thing is that we are always learning and we are fast learners so we adjusted our brand to the reality of the market.

Your concepts, visions, and products have certainly contributed to changing the market and your innovative spirit has helped make adult products appealing to new consumers. Would you say that Bijoux Indiscrets is a pioneer in this market?
I would say we were part of the change. 10 years ago was the moment many new brands arrived and this new approach had a huge impact on the market. We are a very unique brand and we have very unique products. And because we were the first brand to do so many different things and we designed all our products in-house, we are always one step ahead.

Ten years is a long time. Which are the moments that you think back to with a smile, and which are the things you’d rather forget?
I smile every time I think about how little we knew, and we still had the guts to leave our jobs and risk everything for a dream; How small (and hot) our first office was; I don’t know how we managed to survive the first year in the basement that was our warehouse; The things that we rather forget are already forgotten and most important of all, the lesson is learned.

The success of Bijoux Indiscrets is based on several pillars but you said in a press release, the team and how they work together are particularly important. How does the team spirit influence the success of your company?
If you ask me to name just one thing (because there many important things) that makes Bijoux successful, I would say our team! We have the most amazing and crazy team. I like to think of Bijoux as a place you wake up in the morning and you want to come to work. We share the same vision and we all push in the same direction, not just because it’s work but because we believe in it!

The market has changed tremendously since you started the company. What were the biggest developments, how would you describe the current situation, and how will the market change in the future?
I cannot predict the future but I wish that people would make sexual well-being part of their lifestyle. In the past ten years, we saw how sexuality became more “mainstream” especially with women having a more active role and being more aware of their rights (one of them being the right to enjoy pleasure).The market is now more focused on women than it was before and brands play a major role in this area. Female consumers are more concerned with quality and presentation. They want to know what they are buying and who’s behind the brand. How the product is manufactured and if the company’s philosophy matches theirs.

“What we wanted was to offer a range of beautiful things that anyone could afford and make eroticism part of the lifestyle of any woman.”

Right in time for your anniversary, you started a survey in Spain. What is its purpose, and what results has it yielded?
After launching our vibrating diamond at the end of 2014, we realised that there was still a lot of confusion surrounding female pleasure, and that was where the idea for the study came from. It took us 6 months to develop the content of the study, develop the questions, and we are still analysing the data we got. The idea was to get more information about myths and false perceptions about pleasure, why there is such lack of self-knowledge and self-pleasure and also, and most of all, why we act instead of feeling. Is our sexual life so affected by the loud sex of porn and the romantic sex of Hollywood? Is sex now more about what we should do instead of what we really like to do? Because if so, we got it all wrong and we have a problem! Women who enjoy their own pleasure are still slut-shamed and that is the biggest obstacle on the way to real pleasure. It’s not possible to have fun when you are scared of what people might think or say about you.

What can you tell us about the ‘Library of Real Orgasms’ on www.orgasmsoundlibrary.com?
After developing the study, we decided it was worthy to share the data. The results were astonishing and we wanted the information to be out there, but it’s a complex matter and the key ideas can easily get lost between the numbers. We needed to catch people’s attention over female pleasure and thought of inviting them to discover the real sound of pleasure without conforming to porn or Hollywood film theatrics as a standard for all.
We wanted to visually show the uniqueness of each orgasm, and worked on a data art algorithm to help us create a unique image per sound, and the results are beautiful.

What are your plans for the next ten years?
We want to keep on doing what we love and we want to spend the next 10 years doing it! We want to get more and more involved in making a difference in women’s lives, and apart from offering amazing products, we want to be part of the change and give women the right tools to empower themselves. Women must claim their power!