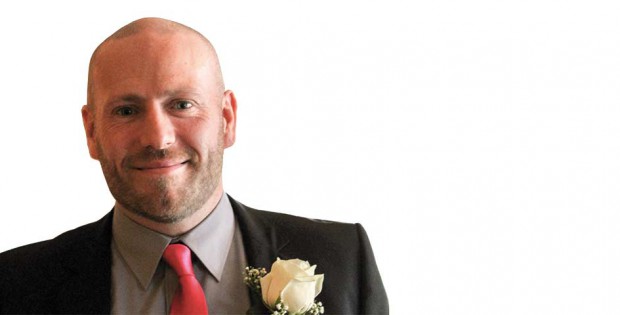 Long-established company buys long-established brand – this would be a fitting description of ABS Holding’s acquisition of Millivres Prowler Wholesale. Symon Reeves, Commercial Director at ABS, tells us more about his plans for the gay brand and the expectations regarding this new addition in the ABS portfolio.

You are the new owner of Millivres Prowler Wholesale, www.prowler.co.uk, and two Prowler retail stores. How did this acquisition come about?
Symon Reeves: I’m really excited about this acquisition and when the opportunity presented itself, we realised what an incredible partnership this really could be. We purchased the Prowler Brighton Store & the Prowler.co.uk domain from the administrators Price Bailey LLP along with buying the Prowler London Store & business from the previous owners.

From the start, we felt that we could really add a lot to the Prowler brand in terms of experience, industry knowledge and of course, our growing customer base that now extends to Europe and is continually growing. When Millivres Prower went into administration we knew that we needed to do everything we could to ensure that the brand was brought back to the top of its game. Prowler has a very supportive customer base and there is so much history associated with the brand – remember this is a brand that established itself in 1974.

At ABS we understand the importance of a respected history like this, we’ve been in the business ourselves for over 40 years now. So, to step in and ensure that Prowler was brought back up to the excellent standard we know it can achieve was a very natural thing for us to do.

Would you mind giving us some information about Prowler for those among our readers who may not be familiar with the brand?
Simon Topham (Millivres): Prowler was formed by the merger of Britain’s two big gay businesses, Millivres and Prowler in 1999. Both these businesses had begun years previously – in Millivres case in 1974 and were founded as pioneers and fighters for gay rights. 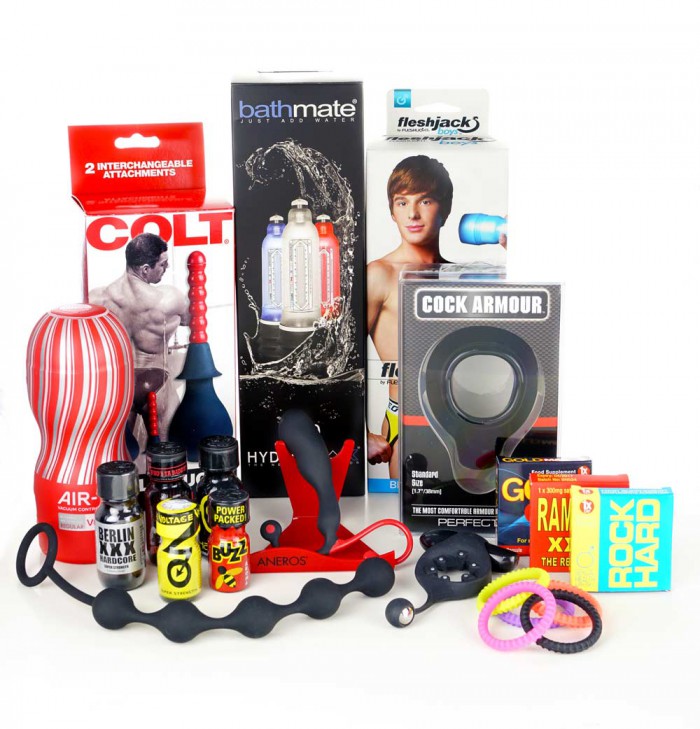 Both companies believed passionately that gay men and women deserved the same full legal, social and sexual rights as anyone and campaigned for an equal age of consent, gay marriage and an end to many forms of discrimination. One thing that was clear in the 70’s was that gay people couldn’t get hold of books, magazines, films or sex toys specific to them and gay people wanted access to the same products as anyone else. This led Millivres to open stores from 1974 onwards. In these early days, there were many set-backs – the Police regularly raided and harassed the stores. But eventually as society became more tolerant and open minded, gay stores such as Prowler and magazines such as Gay Times began to thrive.

When Prowler Soho opened in 1997 it was revolutionary – a big, bold and open corner site in the middle of Soho with big open plate glass windows and a range of exclusive underwear and clothing as well as the traditional sex toys and DVDs. Soho boomed as the gay centre of London and Prowler also opened new stores in Brighton, Birmingham and Kings Cross. The online revolution since then has changed things and ultimately contributed to the tough times Millivres Prowler recently experienced.

Traditional print advertising and sales of DVDs all fell rapidly in recent years. But what is still clear is that gay people want a place to socialise and a store to call their own. The Prowler brand is respected and cherished in the gay market and ABS will nurture and care for this distinguished gay brand.

How does this new addition fit in with the overall concept of ABS Holdings? Which opportunities have opened up for you in the wake of this decision?
Symon Reeves: ABS has always been really focused on bringing the best available products on the market to our customers, and ensuring that we have a great selection, plenty of stock and of course, great prices. We have always had a lot of respect for the Prowler brand and we feel that our core motivations for being in this business align with Prowler perfectly. Prowler has worked hard to deliver fresh, innovative products to the gay market and over the years they’ve become a real asset to the gay community.

ABS is thrilled that we’re now able to join up with the Prowler team to make a really great effort to keep innovating, delivering and bringing new brands and products to our customers, as well as making sure that favourite brands are always on hand and ready to go. We can’t wait to see what this collaboration will bring and we’re already seeing amazing changes happening to the Prowler brand that really excite us us a brand.

“ABS is thrilled that we’re now able to join up with the Prowler team to make a really great effort to keep innovating, delivering and bringing new brands and products to our customers.”

What expectations are tied to this acquisition?
Symon Reeves: Prowler has always supported the gay community by offering the best gay brands at the best prices. This takeover will ensure that Prowler keeps doing what they do best – as well as adding fresh, up to date products and making sure that customers have even more choice when it comes to essentials, lubes, toys, herbals, aromas and more.

Prowler will also be able to continue their support of charities like The Brighton Bear Weekender which is really important. This ownership change will also see the continuation of Millivres Prowler Wholesale staff who have served the community for over 25 years.

Will anything change for the customers of ABS and the customers of Millivres Prowler Wholesale?
Symon Reeves: We want Prowler customers to know that we will absolutely be honouring their terms and prices. They will still deal with Shaun Murphy for all of their aromas and pill sales, even if they have an existing ABS account and manager they will chose who they want to work with… There are so many ways in which ABS and Millivres Prowler customers will really benefit from this partnership. Prowler customers will benefit from the ABS team’s passion, industry knowledge and of course, the unrivalled customer service that we’re known for.

They will also have access to the latest Prowler products they love via our dedicated Prowler page, absholdings.com/prowler. We have set this page up on the ABS site so that customers have easy access. Prowler customers will also have access to the entire ABS catalogue and we’re confident that our large range has plenty of exciting products that will peak their interest!

Millivres Prowler Wholesale is known best for their poppers and pills. Seeing how the legal regulations for these products vary from market to market, is your purchase of the brand relevant for trade members in mainland Europe?
Symon Reeves: We will be extending the Prowler Wholesale assortment to ensure all customers have a great selection of items suitable for their markets, so all I can say at the moment is watch this space…..we promise that customers won’t be disappointed!

“We will be extending the Prowler Wholesale assortment to ensure all customers have a great selection of items suitable for their markets.”

The very first thing we did when ABS took over the brand, is to ensure that favourite items were back in stock, available and ready to order. This was a key change that we made right off the bat. We want to bring the excitement of the Prowler brand back into the stores with fresh new stock but of course, we want customers to trust that they can place and order and that their orders will be fulfilled quickly and with the enthusiasm and professionalism that ABS is known for.

Will ABS continue on this course of expansion? Are there plans or ideas for further acquisitions?
Symon Reeves: Over the last 40 years ABS has seen so many changes in the industry and I think what makes us so successful is that our team is able to adapt the business to the changes we’ve been experiencing in the industry. We’ve adapted our business successfully for online shopping and as technology and the industry grows, we’ll definitely be looking at adding more brands and acquisitions to our portfolio when the time is right.

We love working with brands that we believe in and we certainly believe in the Prowler brand and know that it will do great things now and in the future. The ABS brand is always expanding and we’re not afraid of change – we really embrace it and as you know we love a challenge!

As a family business, we’ve managed to remain close-knit, even though the brand has now expanded to European territories, too. So to answer your question – if the timing is good, and we have the opportunity add a new brand to our business that we believe in, then yes, definitely. In the meantime, we’re focusing strongly on our current UK, European & US interests as well as focusing on putting the Prowler brand back on the map. We’ve got great plans for ABS and for Prowler – the potential is there and our team has proved to be exceptional at what they do.