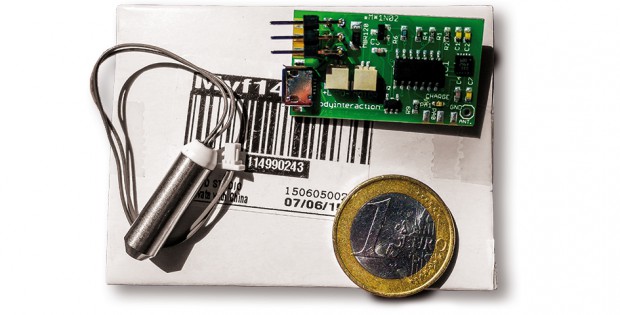 In 2012, I started the webpage and realised that the standard development boards weren’t suited for DIY vibrators. So I developed my own, and it took 2 1/2 years before I ordered 100 “body interaction 1“ boards from Seeed Studio.

Is Body Interaction a commercial project or are you in it for the fun?
It was started to create programmable wireless connected sex toys. The main objective is to enable everyone to make sex toys and to facilitate the creation of novel toys or toy features. 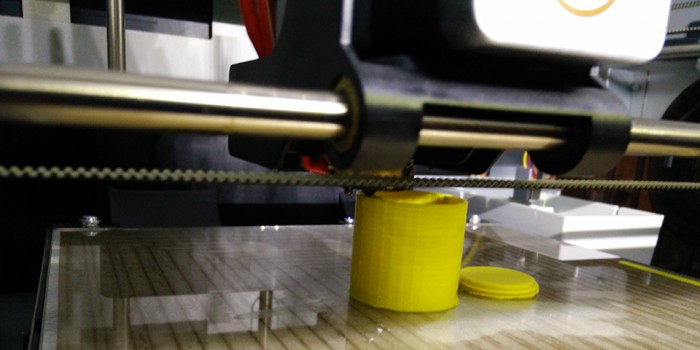 Right now, 3D printing is still a hobby for enthusiasts, even though affordable 3D printers have been on the market for some years now. When will it become the norm to print your own dildo instead of buying one in a shop?
In the future, we will have both. There will be great products you can buy in a (internet)shop. 3D printers will be used to make individualised sex toys. These are for people who want something unique for themselves or for their partner. And there will be makers and inventors who have fun in tinkering but also in presenting their new creation to their partners, maybe as part of foreplay.

I guess it will take three more years until we have affordable printers able to make quality prints which are comparable to commercial off-the-shelf products. In addition, there are very good 3D printing service providers that will compete with 3D printing at home.

One of the biggest problems with 3D printed sex toys is the fact that the materials used are not body safe. This is dealt with by printing only the mould which is then filled with silicone. How far is the process of directly printing a toy? Is the material limiting what the user can actually do, for instance in terms of shape?
There are already food-safe 3D printing materials available which are a body safe alternative for printing sex toys. You can order them from 3d printing service companies, for instance polished plastics from Sculpteo’s printing service. But you will still have problems with cleaning the sex toy as the surface is not plane and bacteria might get in. There are procedures available to make the surface smooth but they are work intensive (polishing) and you might have to use chemicals.

With the SLS [Selective Laser Sintering – editor’s note] printing technology, you can have body safe and smooth prints already today. This technology is used for printing implants or dentures. But printers and materials are too expensive for using them at home. The same technology is available for less e.g. the FORM1 printer, but their materials might not be safe. I guess the situation can change very quickly because a lot of people are working on safe materials.

Regarding the shape, there are some restrictions e.g. overhanging or very complex parts might be a problem but most printers can handle this. If the form is too complex the printers use support structures, which must be removed after printing.

Do you think, that programming a sex toy would be a good place to start for people who’d like to get involved in the world of DIY electronics and the Arduino platform?
Programming sex toys is a good starting point as the hardware is not too complex and so it is quite easy to start writing code. But if you are not interested in sex toys, you can just as well start with something else. A good starting place for learning these technologies are Hackerspaces and Fablabs where you can learn from others. But you might have a problem when you want to print out a dildo.

Which options does the user have when working with this platform? Where are the limits, especially when compared to professionally manufactured products?
Arduino hardware and software is used by lots of professionals, artists, and scientists. In addition, there are a lot of add-ons or derivatives addressing a large number of topics like lightning, gardening, home automatisation, interactive installations. As far as I know, professional manufactured products contain similar hardware. Another very popular platform is Raspberry Pi which is more powerful but also more complex. For example, you can realise image and video processing with the Raspberry Pi.

“It can be a very appealing option to create basic sex toys at home, all the more so if you can customise them to your personal taste.”

You have created and sell your own development board. Which features does it have?
The main feature is the form factor. It is very small (36mm x 20mm). And it already includes a movement sensor (accelerometer), and circuitry for battery charging and operating a vibration motor. There is a so-called RF (radio frequency) module on board for wireless communication between two or more boards.

With the RF feature, you can build two-way vibrators for couples. This can be used as a remote control feature or for synchronising two boards. I sell it together with a LiPo battery and a vibration motor.

Which hardware and knowledge do I need to start working with your board?
The board is already pre-programmed. The vibration motor will adjust its power to your movements. The wireless connectivity feature is already enabled. If you have more than one board, all boards will vibrate if you shake only one of them. If you want to develop your own code and upload it to the board, you need an ISP connector for connecting the board to your PC or Mac.

As part of the ”sex tech DIY community“, how many people would you say are involved in this grass roots movement of sex toy manufacturing?
The number is still very small. I assume that there are a few hundreds. The larger part of the visitors of my webpage are from the 3D printing communities. 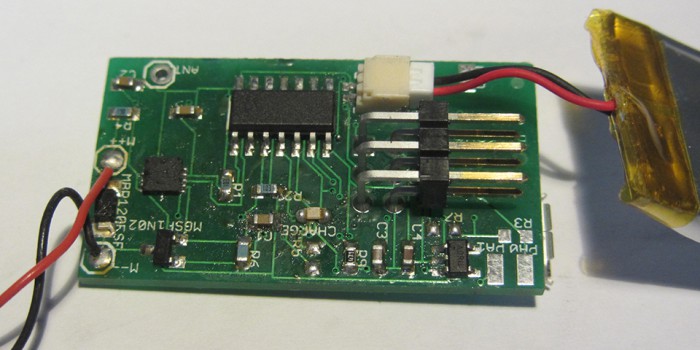 The easier it gets to make a toy at home, the more people will do it. Do you think the adult industry will face the same piracy problems as the music and movie industry did a decade ago?
It can be a very appealing option to create basic sex toys at home, all the more so if you can customise them to your personal taste (shape, colour, material, sensors, actuators, etc.). However, in that case, I wouldn’t go so far as to speak of piracy. After all, the users don’t simply copy; they change the design, the technology, and the programming.

The scenario you are describing, i.e. really copying a toy, would only be appealing if creating the copy was much cheaper than the industrially manufactured original, and I don’t believe that will happen with 3D printing technology.

Also, we are going to see highly complex toys in the future, using technology as powerful as that of a smartphone, making use of complex mechanical features that are only seen in robotics nowadays. And that type of sex toy cannot be made at home; if you want these toys, you’ll have to buy them.

At some point, the focus will shift from hardware to content. We are already seeing the early stages of this development. For instance, you can download vibration patterns and music or videos for certain toys. And as the virtual reality technology becomes more accessible and more popular, we’ll be able to delve into our own sex world, feeling physical arousal with the help of the right toys. That type of content will be where the next battle against piracy is fought.

Data can be stored and compared to create video games with sex toys where you learn new techniques and positions and become a better lover. Another option would be to have sex toys that adapt to the user, drawing from data about his preferences and his mood.

I would hope that the producers or an OpenSource group would agree on a universal standard for the interaction of sex toys and the way they can be combined with other media. If all the producers create their own, individual standards, that will slow down the evolution of this technology, and it will be much longer before we see truly ground-breaking inventions in this field.